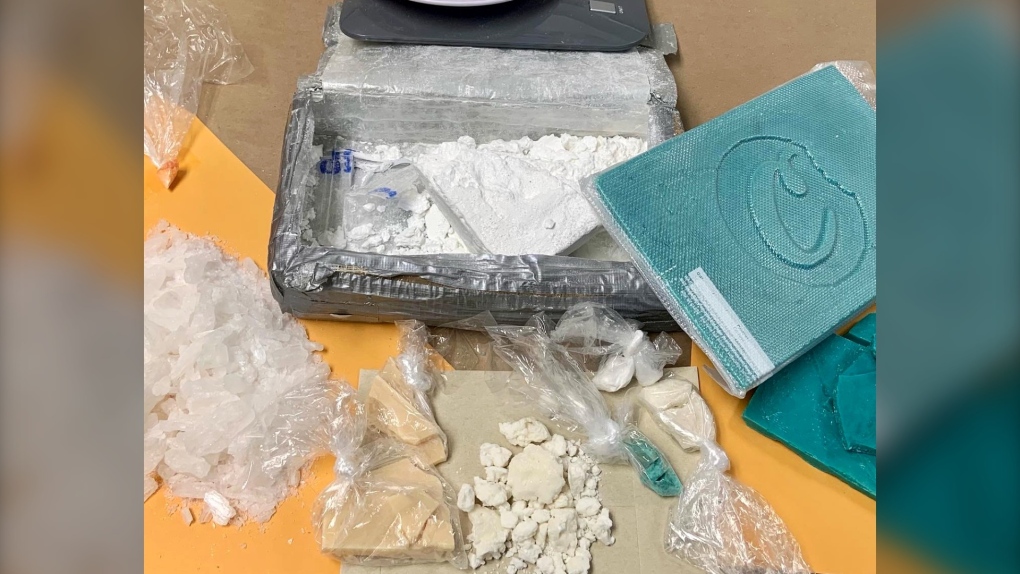 A Calgary woman is facing charges after police in Lethbridge discovered nearly half a kilogram of fentanyl during a drug trafficking investigation, which they say is the largest seizure of the drug to date in the southern Alberta city.

The woman was arrested on Tuesday after officers observed "activities consistent with drug trafficking," police said.

She was arrested in the 700 block of 13 Street N. and a search warrant was then obtained for a related residence in the 3500 block of 20th Avenue S.

"As a result of the arrest and search warrant, Lethbridge Police seized $49,300 cash (proceeds of crime), 478 grams of fentanyl, 200 grams of methamphetamine, 260 grams of cocaine and 550 grams of illegal marijuana," police said.

Investigators called it the largest seizure ever of fentanyl in the city and noted "Government of Alberta data indicates 37 people died due to fatal opioid overdose in Lethbridge in the first quarter of 2022."

She was released from custody and is scheduled to appear in court on June 23.