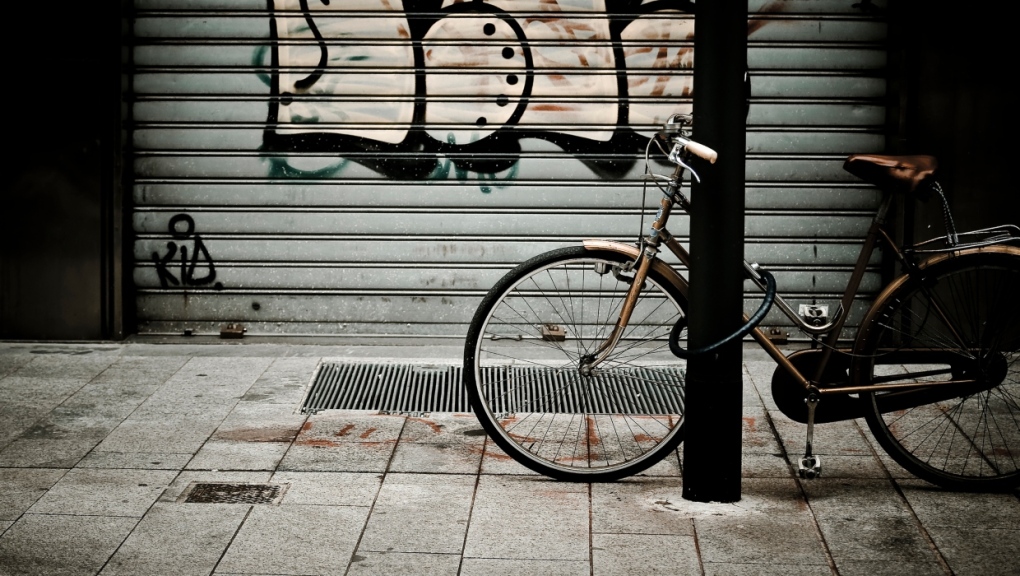 A stock photo of a bike locked to a pole. (Getty Images)

Lethbridge police are trumpeting the success of a bait bike used to catch thieves in the act.

Officers with the property crimes unit left the bait bike in downtown Lethbridge earlier this week, locked to a street sign, and say someone stole the bike and rode away on it within 15 minutes of it being secured.

Police arrested the man a short distance away.

Robert Leon Crow Eagle, 50, of Lethbridge, is charged with theft and scheduled to appear in court on Aug. 16.

"Police have successfully used bait bikes in the past and will continue to use them throughout the summer in an effort to apprehend thieves and help deter bike thefts," said a news release.

"Locally, many stolen bikes are used by thieves as a means of transportation, but stolen bikes and bike parts are also frequently traded for drugs or sold for profit."

The Lethbridge Police Service (LPS) says 521 bikes were reported stolenlast year, 123 of which have since been recovered.

While the LPS says there is no way to completely eliminate the risk of being victimized, there are a few steps people can take to help reduce the likelihood of their bicycle being stolen, including:

Police are taking the opportunity to remind Lethbridge residents they can register their bikes with Bike Index, a free program launched in 2020 that can help police get stolen bikes back to their rightful owner as quickly as possible.