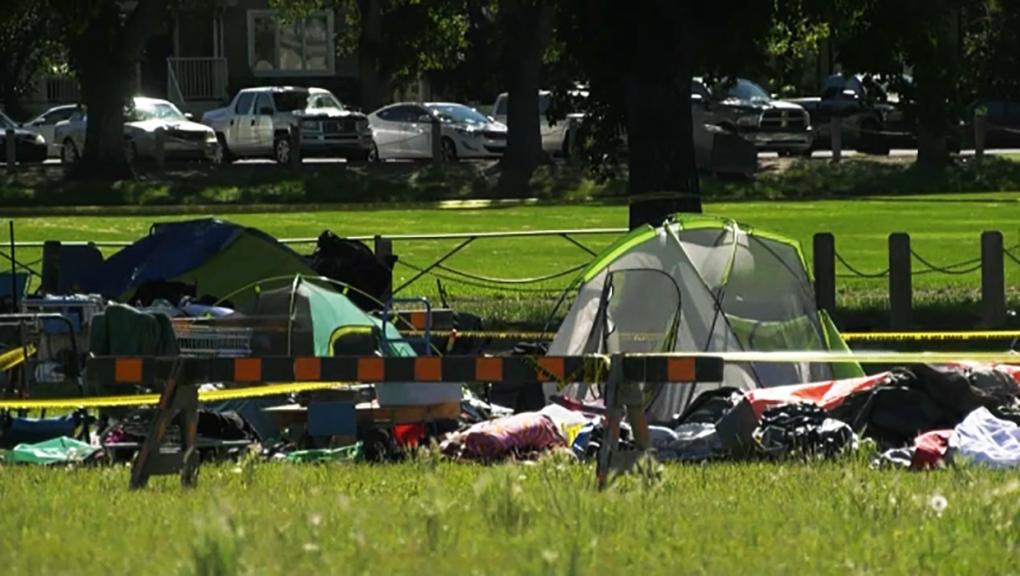 A man was convicted of shooting another man in the leg at this Lethbridge tent encampment last July, 2022.

A man who shot another man at a tent encampment in Lethbridge has been sentenced to three years in prison.

On July 10, 2022, Nathan Parker Spearchief was staying in the encampment when a man approached him, accusing him of being a "skinner", which is slang for someone who commits sexual assault.

Spearchief then shot his accuser in the leg with a .22-calibre rifle.

He was sentenced to 39 months in federal prison, but was given credit for nine and a half months of pre-disposition custody.