'Made me tear up': CTV Morning Live co-host receives response from Santa decades after sending letter 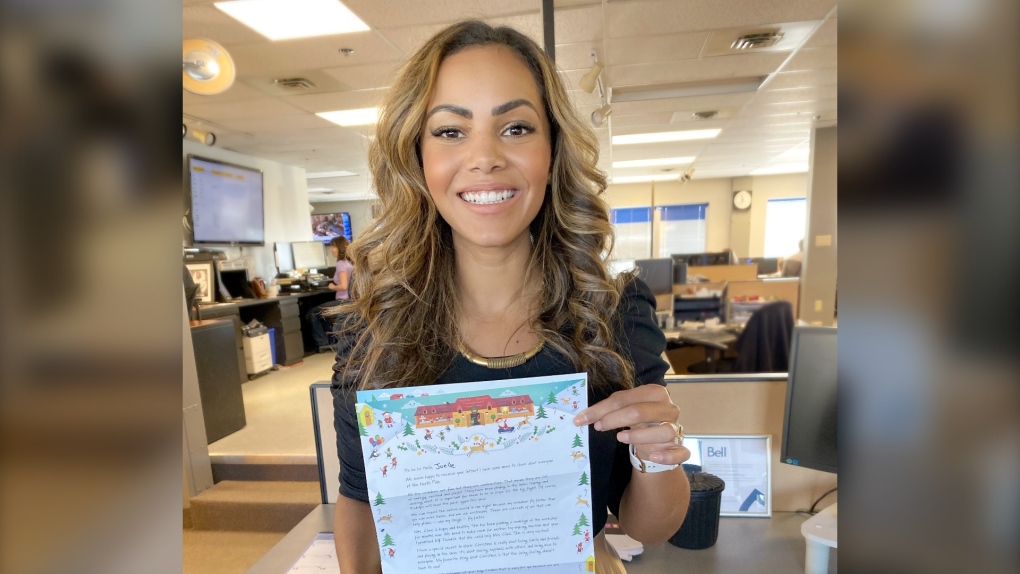 CTV Morning Live co-host Joelle Tomlinson says she teared up after getting a letter from Santa this week.

CALGARY -- It turns out, Santa actually is always watching.

During a CTV Morning Live segment on kids writing letters to Santa earlier this week, co-host Joelle Tomlinson mentioned she had written to the jolly old elf as a child, but never received a reply.

Two days later, a letter arrived in her office mailbox from St. Nick himself.

"To be honest, it actually made me tear up," she said.

"Carissa, our front desk gal, gave me the letter and I recognized where it was from, the North Pole. As soon as I started reading, I felt so happy, and I saw that it was personalized from Santa."

At the bottom of the letter, Santa included a hand-written note, saying he and Mrs. Claus had been enjoying a cup of hot chocolate and watching the show and he was sad to hear her letter had been lost.

It turns out, Santa explained, the elves had moved the mailroom several years ago, which could account for the oversight. But Santa assured Tomlinson she had been on the good list, rather than the naughty one.

He also reminded her to leave out some eggnog and cookies on Christmas Eve — and be nice to co-host Jefferson Humphreys, weather specialist Kevin Stanfield and traffic reporter Andrea Dion.

More than one million letters are mailed to Santa each year and he answers in 39 languages, including Braille.

Canada Post handles the deliveries, as Santa is busy getting ready for the big night, and letters should be addressed to:

Letters mailed by Dec. 12 will get a response, but have to include a return address.