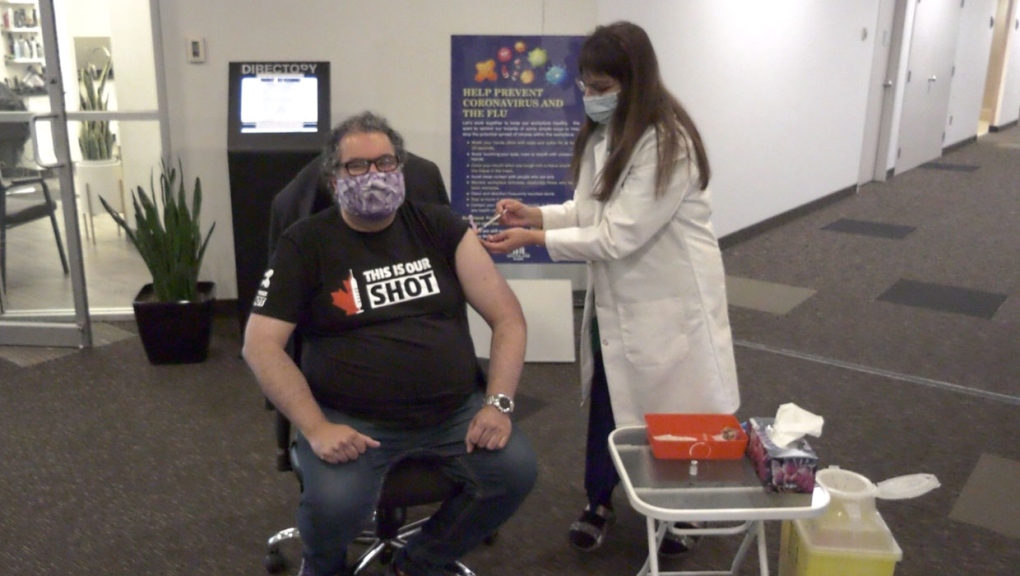 While addressing the media, Nenshi raised his sleeve up his arm and while pointing at it said, “I am very happy right now.”

The mayor hopes everybody has an opportunity to get their second dose.

“I really encourage everybody,” said Nenshi. “If you had your shot in April, it is time to now get your second shot.”

With more and more variants arising and the concerning news about the Delta variant, Nenshi says it’s important to get that second dose.

“A first shot is not as effective against the variant,” he said. “It’s a bit resistant to the first shot so it’s important for us to get both shots.”

Nenshi is also encouraging those who have yet to get their first dose to do so.

“If you haven’t had your first dose yet, there are still tons of appointments available.”

There are more than 60 pharmacies in the city of Calgary and many do walk-ins to accommodate different schedules.

Appointments can be booked online through AHS, or by calling 811.

Queen Elizabeth II has reluctantly accepted medical advice to rest for a few days and has cancelled a trip to Northern Ireland, Buckingham Palace said Wednesday.

The world needs to cut by more than half its production of coal, oil and gas in the coming decade to maintain a chance of keeping global warming from reaching dangerous levels, according to a UN-backed study released Wednesday.

Negotiations drag on over 17 missionaries kidnapped in Haiti

Negotiations stretched into a fourth day seeking the return of 17 members of a U.S.-based missionary group kidnapped over the weekend by a violent gang that is demanding US$1 million ransom per person.