Families and friends are honouring the legacy of their lost loved ones by creating a new campaign to raise awareness against impaired driving.

It’s called The ‘ME’ Project – the ‘M’ for 20-year-old Macy Boyce and ‘E’ for her boyfriend, 21-year-old Ethan Halford, who were both killed in a crash on Highway 21, just north of Trochu, Alta., on June 17 when their car was rear-ended, forced over the centre line and hit by an oncoming semi-truck.

One man has been charged with impaired driving causing death in connection to the collision. 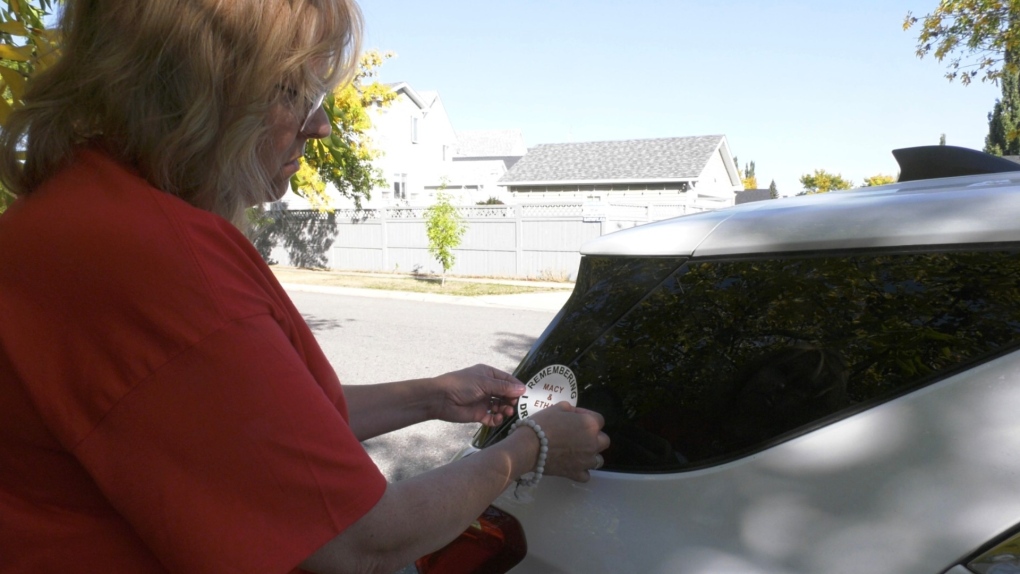 “There are days when I have questions as to how I can even get out of bed, uncontrollable sobbing and my heart is wrenched,” said Boyce’s mother, Corey MacPherson.

“Both families have been traumatized and hurt and the impact of losing these two kids has been like nothing I've ever experienced.”

This new campaign on Instagram and Facebook hopes to create a conversation around planning ahead and making responsible choices to prevent impaired-driving deaths.

Recipients of the stickers are asked to place them on their vehicles and share a photo of themselves with the decal and the hashtags #DriveSober, #GetLoud and #MeProject2022.

“Macy had a very loud voice when it came to speaking up about things that she believed in and Ethan was a strong voice as well,” said MacPherson.

“We’re doing this for Macy and Ethan and I think that they would be absolutely behind this effort. I often feel Macy's hand on my shoulder saying, ‘You can do this mom, let’s do this, let’s get loud.’” 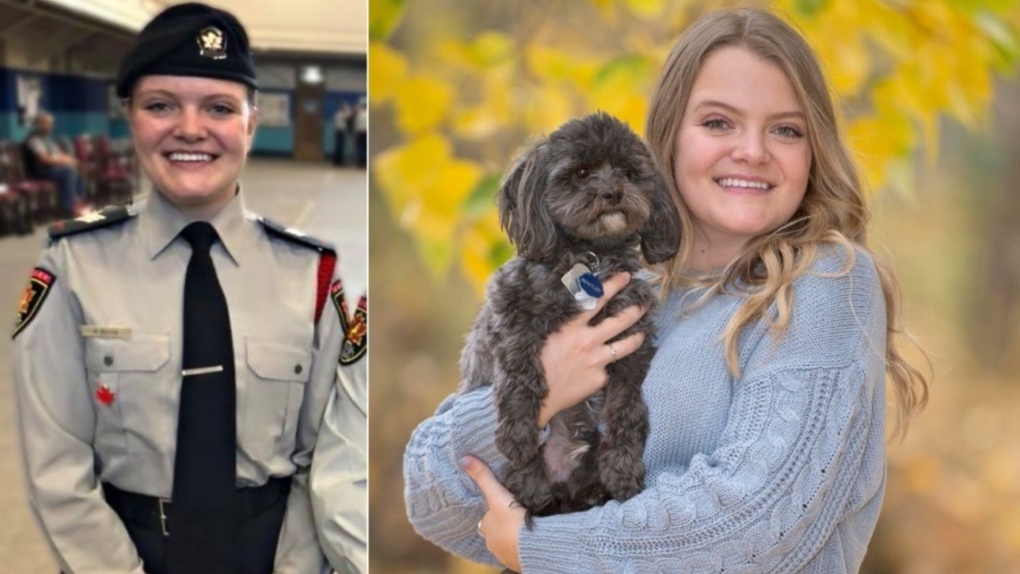 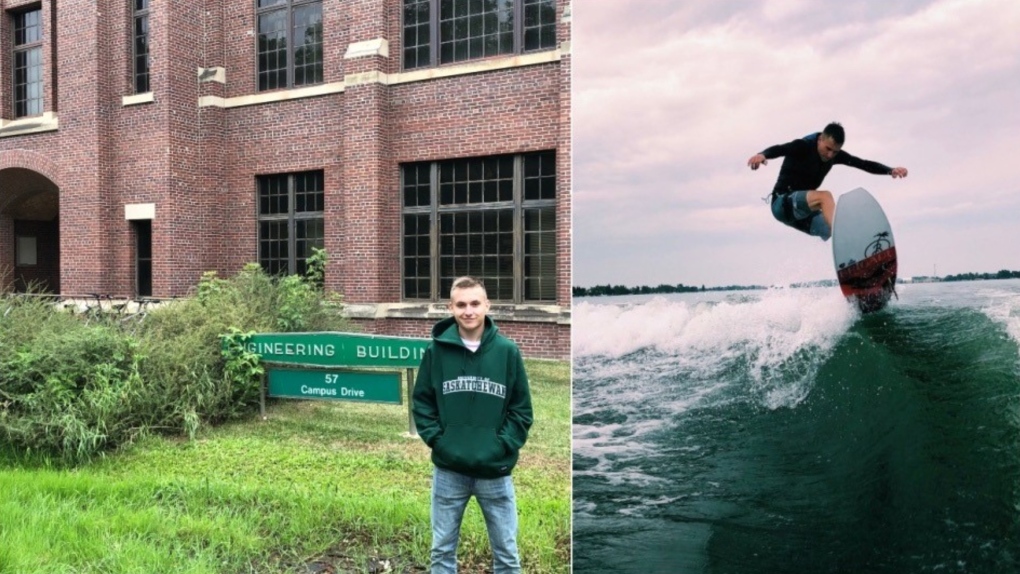 The campaign was set to launch Wednesday evening at a community event in Elnora, Alta., where council members have invited family to share their stories.

MacPherson says the response from community members has been very positive as she hopes the decals are placed on vehicles, store fronts and other personal items as a reminder to make responsible choices.

“The choice is always in your hands as to how you handle your drive, being sober and making that choice stands with each person individually, and there are far too many victims who are killed,” she said.

“We have to remember the people who survive and have been maimed and injured and we need to make this a bigger topic that needs conversation. We need to be talking about this.”

Decals will soon be available for purchase online as the campaign expands, with proceeds to be donated to increase awareness and education for the prevention of impaired driving. 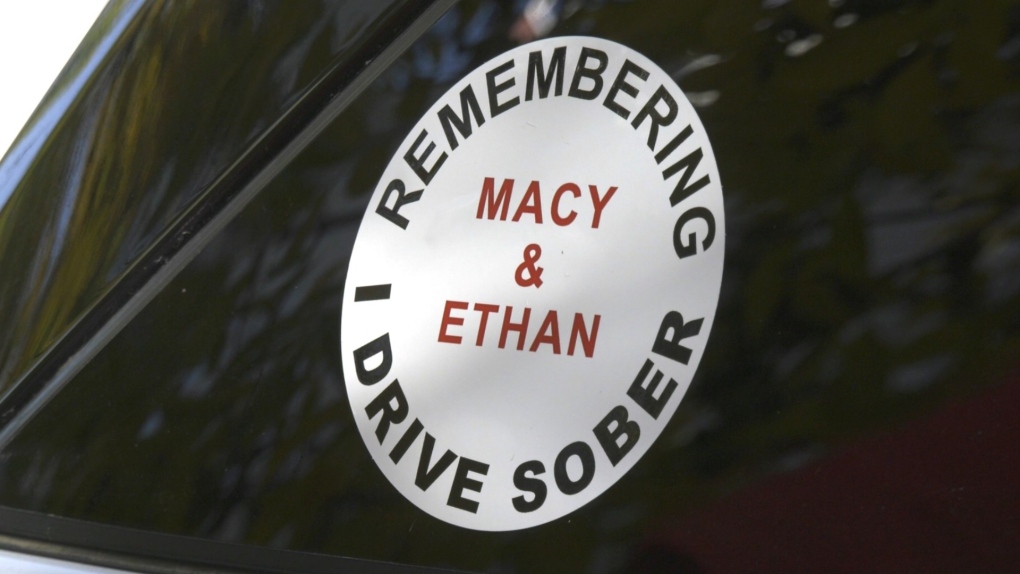 This new campaign on Instagram and Facebook hopes to create a conversation around planning ahead and making responsible choices to prevent impaired-driving deaths.

LICENCE SUSPENSIONS FOR IMPAIRED DRIVING ON THE RISE

Calgary police say the rate at which driver’s licences are suspended for impaired driving has skyrocketed 140 per cent since the Government of Alberta’s implementation of Bill 21 just two years ago.

Bill 21 changed how impaired drivers were penalized by taking them out of the court system to free up police resources.

The act introduced new, immediate roadside penalties to get impaired drivers off the street.

A first-time offender for impaired driving now must pay a fine of $2,000 and have their vehicle seized for up to 30 days and their licence suspended for 90 days.

After the 90 days, the driver can then apply to take part in an Interlock program for one year.

“Rate of provincial suspensions for impaired driving are up 140 per cent since Bill 21 was implemented,” said Cst. Dan Kurz with the CPS alcohol and drug recognition unit.

“We’re seeing the rates of drug-impaired driving also rise and when people think of that, they think of generally street drugs, but we also have to be aware of the over-the-counter drugs people are prescribed.”

Kurz says regular check stops will be out in full force this fall and winter as more Calgarians are expected to gather for fall festivities and holiday events.

'THINK AND PLAN AHEAD': YOUNG DRIVERS OF CANADA

Young Drivers of Canada is the country’s largest driver training organization, with more than 140 classrooms and 1.3 million all-time students.

Education manager Maria Bagdonas says the most important lesson young adults must learn when getting behind the wheel is that they must always take a "zero-tolerance" approach for alcohol and drug consumption.

“Your ability to operate a motor vehicle is affected even with small amounts of drugs in your blood system, which can affect your judgment and your mood or your attitude,” she said.

“That can definitely affect the way you operate a vehicle, so the safest concentration of any drug is zero.”

Bagdonas says drivers should always "think and plan ahead" and make sure they take public transportation, use a ride-share service or stay the night with a friend if they plan to consume alcohol or drugs.

“We’ve got services that are now available that were not available 20 years ago, so there’s no excuse,” she said.

“You should always have a way home, so that you don’t ever feel like driving impaired is the option.”