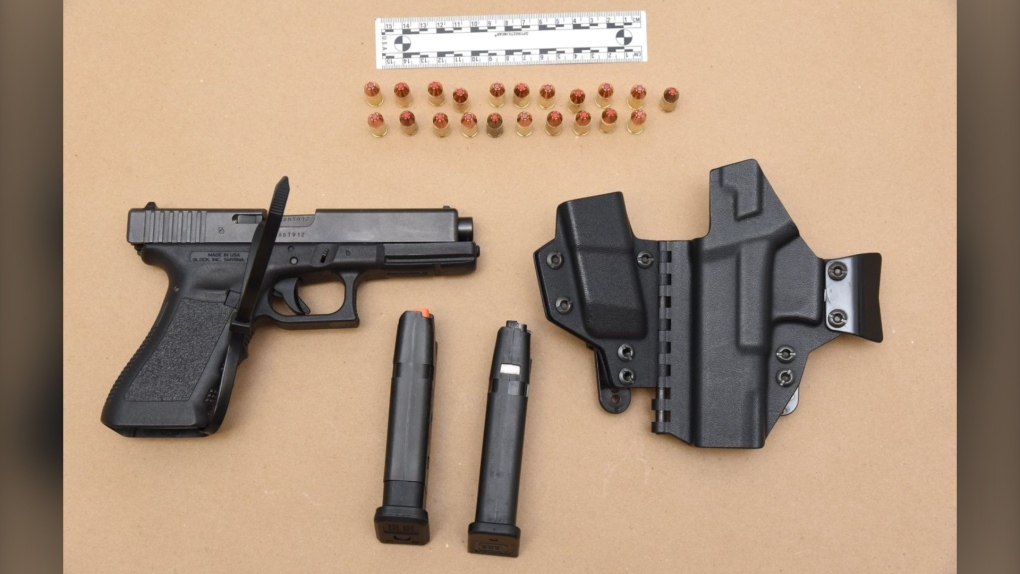 A 9mm Glock pistol seized during an investigation into a weapons complain near the Ross Glen Water Park in Medicine Hat. (MHPS)

A 27-year-old Medicine Hat man faces several charges after a loaded handgun was allegedly pointed at a passing car on the weekend.

Medicine Hat Police Service members responded to the area of Ross Glen Road and Ross Haven Avenue in the early morning hours of Aug. 13 following a call to 911 stating that a pistol had been pointed during an exchange between two suspicious males and the occupants of the car.

Officers located the two suspects in the parking lot of the Ross Glen Water Park and a search of the men led to the seizure of a loaded 9mm Glock pistol as well as another loaded magazine.

The man who allegedly had the gun, Jonah Perrin, was arrested. His charges include:

Perrin has been released from custody ahead of his scheduled appearance in Medicine Hat provincial court on Sept. 8. As part of the conditions of his release, Perrin is prohibited from visiting the area around the water park.

The second suspect was released without charges.

According to MHPS officials, the car and its occupants have yet to be identified.