CALGARY -- Noelle Carrier takes her first golf swing of the season with her two daughters beside her. It’s a round of golf that wouldn’t have been possible, if not for the generosity of fellow players at Muirfield Lakes Golf Club (MLGC) in Lyalta, Alberta.

“I went from a temporary layoff to a permanent one (during the pandemic), so something like this wouldn’t normally be something we have to worry about, but in our situation it has become a luxury,” Carrier says.

“These luxuries are something we’re very thankful for.”

Golf was one of the first outdoor activities to be permitted as part of Alberta’s relaunch plan in early May. When the announcement was made, Dean Horning heard from golfers who wanted to play, but couldn’t afford the green fees because they were out of work due to the pandemic or the slumping economy.

He called on other members at the course and together they offered up free rounds of golf for people who otherwise wouldn’t be able to cover the expense.

“I think what’s terrific about it is that we have a very small membership here and it’s a member-driven initiative where members decided ‘we could help some people here’,” Horning says.

Carrier says golf gives her and her daughters an opportunity to be outside and focus on nothing but the game for several hours. 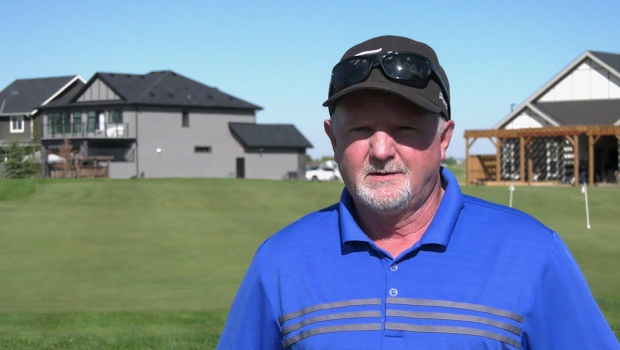 “We started golfing about nine years ago and it’s something we’ve done every year, just the three of us together,” she says.

“It’s kind of a special thing that we do.”

When he first pitched the program, Horning hoped to get a dozen rounds of golf donated. Instead, MLGC members and the course’s owners have donated more than 80 rounds so far.