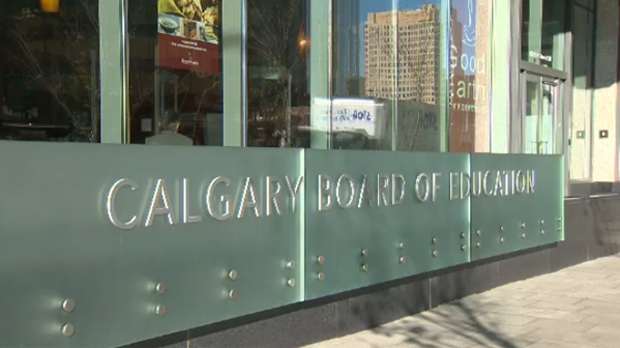 The CBE has formulated a policy on changing school names. (File photo)

CALGARY -- The Calgary Board of Education (CBE) approved a policy this week that will guide the board going forward on how to change the names of public schools.

Public schools in Calgary can be considered for renaming through two processes.

First, a petition with at least 5,000 signatures can be presented to the CBE board, asking for the school to be renamed.

Second, the board can choose to rename a school if they decide the name does not align with its commitment to a “safe, respectful and inclusive learning environment,” the policy states. The board also created two new committees for renaming schools: one to review existing names and other to decide on names for new schools.

CBE voted to change the name of Langevin School on June 1, following the discovery of 215 Indigenous children on the grounds of a former residential school in Kamloops, B.C.

"We did not move as quickly to deal with the situation [as] I feel we could have and should have,” said CBE trustee Richard Hehr.

The board hopes this new policy and committee will ensure a timely effective process for future school name changes.

Trustee Julie Hrdlicka raised concerns that the public had not been properly consulted on the new renaming policy.

"We have said we are prioritizing inclusion and diversity and have made commitments to anti-racism through CBE cares," she said.

"Yet, we have not at any point engaged with the Elders Advisory Council or CBE Cares Advisory or its members while we were writing this policy."

Hrdlicka brought a motion to extend second reading and approval of the policy to the end of summer, allowing for more consultation time. The motion failed.

Hrdlicka also asked for the petition signature requirement to be lowered, saying it was an unnecessary barrier and pointing out that the petition to rename Langevin had less than 5,000 signatures, yet it was still renamed.

The motion to lower the signature threshold to 1,000 failed to pass.

The Calgary Catholic School District (CCSD) is currently debating whether they will change the name of Bishop Grandin High School.

Grandin is credited with proposing the idea an aggressive expansion of the residential school program in Western Canada during the late 19th century. The school board ran surveys earlier this month where they found 79 per cent of respondents supported a name change.

A final decision on the future of Bishop Grandin High School’s name is expected to come at the end of the month.