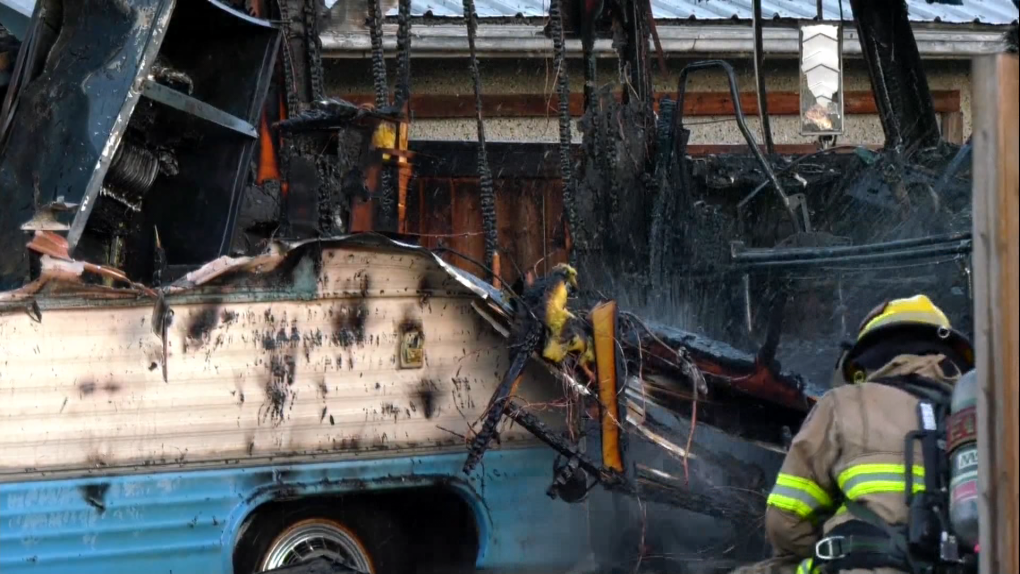 A Calgary Fire Department member next to the charred frame of an RV following a Sept. 26 fire in Albert Park/Radisson Heights.

An investigation is underway into a Monday evening fire in Albert Park/Radisson Heights that destroyed a motorhome and poured smoke into neighbouring homes.

Firefighters doused the burning vehicle before the flames could spread to a nearby four-plex. The building needed to be ventilated of smoke before the residents were able to return.

No injuries were reported. Calgary Fire Department officials say the RV was empty.

Anyone who has information regarding the cause of the fire or who recorded the blaze is asked to email the CFD public information officer.