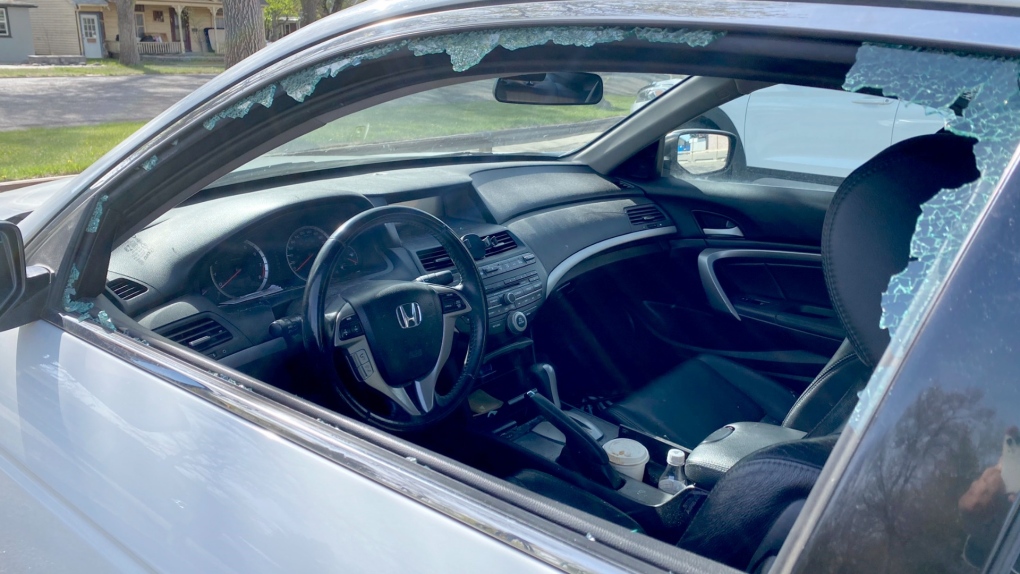 Numerous residents on Fifth Avenue S. in Lethbridge woke up to find their vehicle windows smashed.

Some downtown Lethbridge residents were left scrambling before their morning commute on Monday after a string of vehicle break-ins overnight in the 1100 block of Fifth Avenue S.

Police say the majority of vehicle owners who had their windows smashed did not report anything stolen but some residents at the Dhillon Tower Apartments are feeling on edge about the situation.

Several tenants in the building were left picking up shattered glass left behind after eight vehicles were broken into Monday night, according to LPS.

One resident moved to Lethbridge from Calgary just two days ago and already feels unsafe about parking his car at night.

“We were in Calgary and nothing happened to us for six months, and we were parking on the road,” said Kanwal Sings.

“It’s a small town and I thought it would be safe because crimes are more in the big cities, not in the small ones.”

Another tenant says in 12 years of living in the building, he’s never had anything like this happen, but he still feels it’s a safe place to live.

“There hasn't been too much of a prevalence of vandalism or theft in the parking lot here, so overall I think were about the same neighbourhood as anyone else,” said Daniel Strong.

Regardless of how safe he feels, the incident has shaken up the long-time resident.

“I’ve had to take a personal day off from work tomorrow just so I can deal with all of this,” explained Strong.

Downtown Lethbridge did see an uptick in police calls in 2021 compared with the year prior, the only area of the city to see crime rise. LPS says it is continuing to keep a close eye on the area, but one resident says it isn't enough. She’s facing a hefty bill to replace her car window and fears it could happen again.

“Its big money to replace everything and get everything fixed so it’s really frustrating.”

The building manager at Dhillon Tower wouldn't speak on camera, but told CTV security cameras are set around the perimeter of the building and there's a guard stationed inside twice a week.

LPS are also in the process of conducting phone call surveys to residents across the city in an effort to gather information about their overall performance, citizen satisfaction, safety and areas they can improve on.