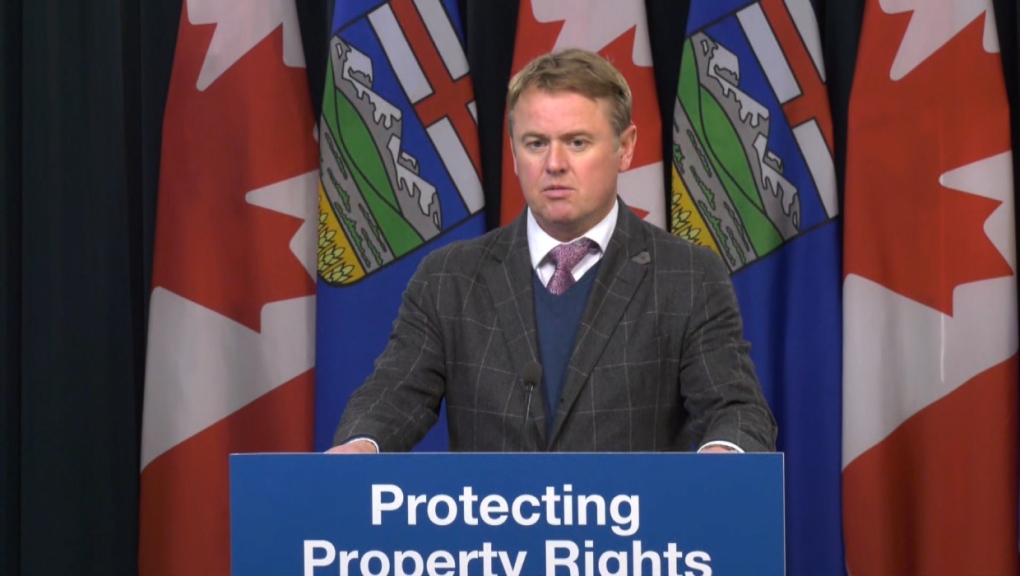 Tyler Shandro says The Property Rights Statutes Amendment Act, 2022, would abolish the ability of squatters to make a claim and give private landowners the same protections once only reserved for government.

Alberta's UCP government wants to get rid of the province's so-called "squatter's rights."

If passed, the bill would amend the Law of Property Act, the Land Titles Act and the Limitations Act, eliminating Alberta's adverse possession laws.

Currently, the laws allow a person who has occupied another person’s land for 10 years to claim ownership of that land. Claims can only be made against private landowners; public land, municipal land and irrigation districts are exempted.

"This is not the first time that a bill has been introduced in Alberta's legislature to abolish adverse possession," Shandro said Monday. "There have been previous attempts to make this change through private members bills, but none of them have been successful."

"I hope this time will be different, because Albertans have been saying that they want this change for over a decade."

Adverse possession laws have often been used in land disputes in rural areas, where property lines may be unclear.

"Possession" can mean anything from building a fence that cuts through someone else's property to actually living on someone's land.

Existing laws say anyone "occupying" someone else's land must be doing it visibly, excluding the actual land owner from using it, and the land owner must be aware of it.

"If passed, this act will bring peace of mind to Alberta's landowners, it will allow them to use and enjoy the land that they rightfully own without having to worry about whether someone can take it away," said Shandro.

"Updated legislation would send the clear message that there is nothing to be gained from squatting on someone's land."