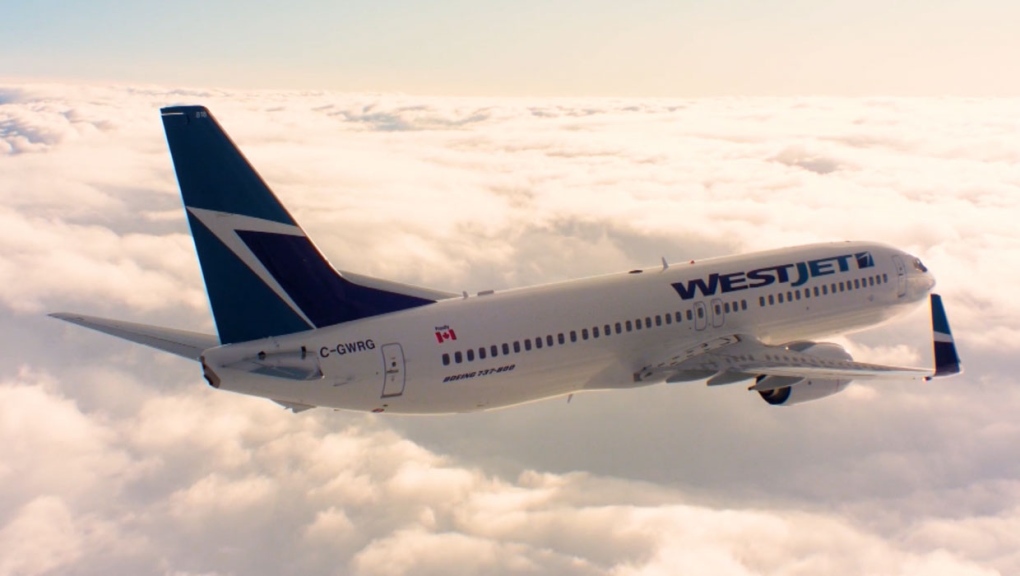 WestJet says it will station more airplanes, including its whole fleet of Dreamliners, at the Calgary International Airport as part of an agreement with the Alberta government.

The Alberta government is pledging more than $73 million toward the province's aviation and aerospace industry – a move it says will foster growth and make Calgary a hub for travel.

Part of the money – approximately $8 million – will be given to Calgary's Mount Royal University (MRU) to support its pilot training program.

The government says it will also expand its offerings of bursaries and loans to students.

Another $15 million over three years will be put toward a "labour market training program" to offset the costs of training new pilots.

However, Travel Alberta has been given the lion's share of the Kenney government's funding. That agency will receive $10 million annually over the next five years to assist the tourism sector, which the province says is still suffering from the COVID-19 pandemic.

In return, Calgary-based WestJet said it would increase its fleet at the Calgary International Airport (YYC) from 60 airplanes to 100.

The company also promised to station its seven Boeing 787 Dreamliners there.

"Diversification and economic development are happening right here in Alberta," he said in a release.

"By choosing Calgary as its single global hub, locating its entire Dreamliner fleet here and increasing its annual seat capacity by 80 per cent, WestJet will massively improve global connectivity, tourism and options for passengers."

WestJet's CEO says the agreement will build on the "existing foundation" the company has built in Alberta over the past 26 years.

"As Western Canada’s home team carrier, Alberta is an area where we want to continue to invest to secure WestJet’s thriving future,” said Alexis von Hoensbroech.

“Through the pandemic and onward, the Government of Alberta prioritized the importance and advancement of aviation and the visitor economy across the province and recognized that aviation is central to the economic diversification of Alberta."

MRU says it is "thrilled" to be included in the investment.

"The demand for pilots continues to grow and today’s announcement speaks to the strength of MRU’s aviation program, the vital role of education in advancing the aviation sector and its importance to the future economy of Alberta. It also speaks to our long-standing and productive working relationship with WestJet," said interim provost Dr. Elizabeth Evans.

The province says the agreement is expected to create more than 1,000 direct jobs.

Scientists discovered the oldest known DNA and used it to reveal what life was like 2 million years ago in the northern tip of Greenland.