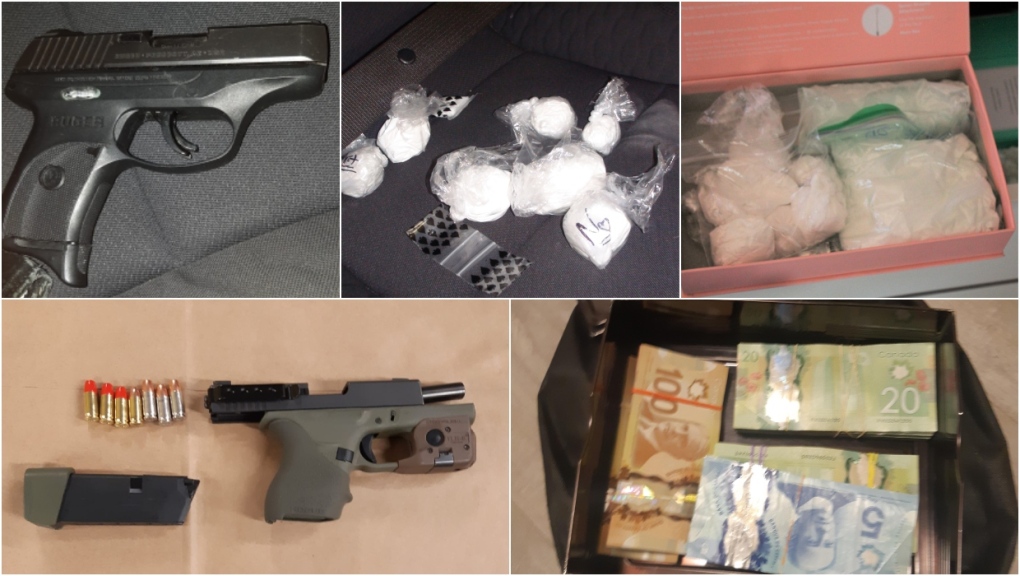 Calgary police say charges are pending against three people after more than $200,000 worth of drugs were seized in a four-month-long trafficking investigation.

The investigation culminated with a Nov. 9 search of three homes in the community of Dover, Penbrooke Meadows and Whitehorn, a business in Greenview and two vehicles.

During a searches police seized the following:

Additional weapons including brass knuckles, a replica airsoft gun and a Taser were also found.

A total of 28 charges have been laid against three people, including:

Chadi Ghanem, 39, of Calgary, who is charged with seven counts of trafficking of a controlled substance, one count of possession of the proceeds of crime and 10 weapons charges;

Maya Reid, 27, of Calgary, who is charged with three counts of trafficking of a controlled substance and one count each of production of crack cocaine, possession of the proceeds of crime, possession of a prohibited device and possession of a weapon for a dangerous purpose; and

Muhsen Saleh, 26, of Calgary, who is charged with two counts of trafficking of a controlled substance and one count of possession of the proceeds of crime.

Police say information from the public was crucial for the investigation, and are encouraging anyone who suspects drug activity in their community to report it by calling police at 403-266-1234.

Tips can also be submitted anonymously to Crime Stoppers.