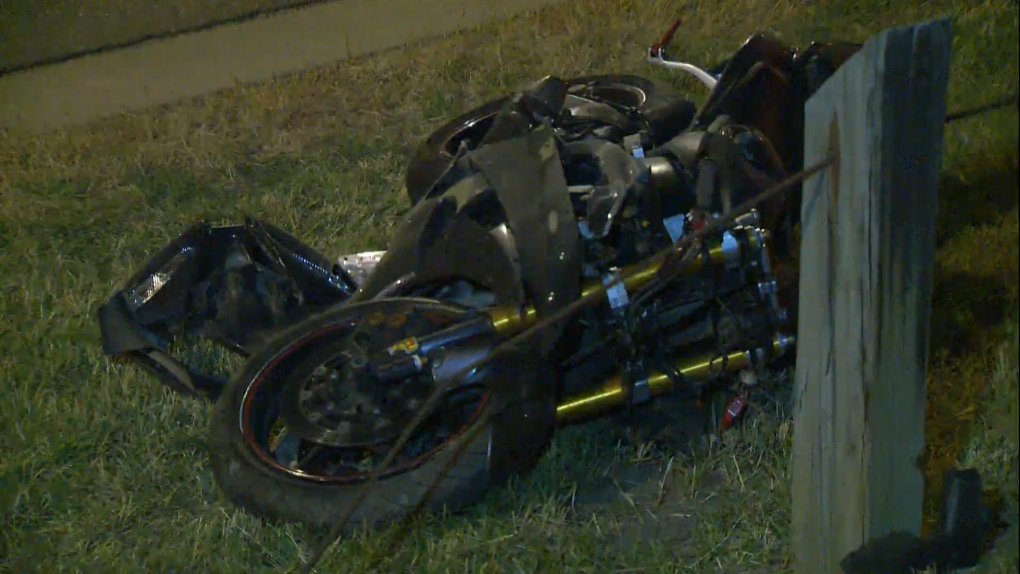 A damaged motorcycle next to a cable barrier following an Oct. 5 crash on 14th Street N.W. near North Haven Drive.

A man is in hospital after his motorcycle went off the road and hit a fence in Calgary’s northwest on Wednesday.

According to Calgary Police Service officials, the collision involved two northbound vehicles — a Kia Soul being driven by a woman in her late 20s and a Yamaha motorcycle operated by a man in his 40s — approaching North Haven Drive.

Investigators believe the motorcyclist was travelling at a high rate of speed when the driver of the Soul changed lines and struck the bike.

The impact sent the man off the motorcycle, into a cable barrier and tumbling through a grassy meridian for roughly 50 metres.

The road was closed for several hours as police investigated.

Officers say the man suffered serious, life-threatening injuries and was taken to hospital by ambulance.

Excessive speed on the part of the motorcyclist and an unsafe lane change by the driver of the car are suspected factors in the crash.

Anyone who witnessed the crash is asked to contact the CPS non-emergency line at 403-266-1234.

Alphonso Davies scored Canada's first men's World Cup goal, but the team has been eliminated from the tournament after a 4-1 loss to Croatia.