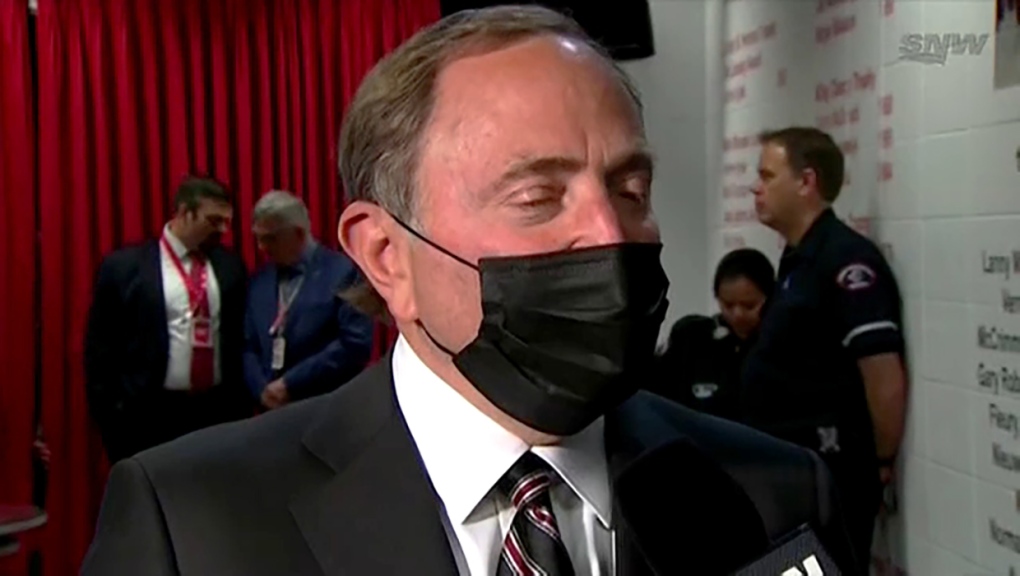 When asked about the state of the arena debate currently taking place in Calgary, NHL commissioner Gary Bettman didn't mince words. "Obviously this building is a little past its prime, to say the least."

Bettman was asked by Sportsnet host Ryan Leslie about the emotional impact of having full houses back in Canadian arenas for the first playoff games since the 2019 post-season, and the commissioner admitted it was emotional.

"It's just great for the game, it's great for the players," said Bettman in the interview. "Our game and our players get enormous energy from our fans. To see the C of Red tonight – it's fantastic.

"And what this represents – not just for our games but for where we play our games – we're getting back to normal. And I think everybody's craving normal."

When asked about the state of the arena debate currently taking place in Calgary, Bettman didn't mince words.

"Obviously this building is a little past its prime, to say the least. The Flames, the City of Calgary, the people who live here – whether it's concerts or shows or for hockey games – there needs to be a new arena, and I remain hopeful that will become a reality."

As far as the status of negotiations, Bettman says there's work to be done.

"I think now things have to be rebooted up if there's going to be any progress made because things sort of came off at the rails at one point."

In addition to Bettman, other celebrity sightings at Tuesday night's game included Terry Cahill, who starred in the made-in-Calgary cult classic FUBAR.