No pandemic in the sky: Stampede fireworks to be bigger, bolder, more brilliant than ever

CALGARY -- The Calgary Stampede offers dozens of attractions each year, regularly drawing over a million visitors to the grounds to take in ‘The Greatest Outdoor Show on Earth.’

This year's Stampede will be different in a lot of ways, but one thing that hasn’t been called off is the fireworks - on July 3 and 12 - and they’re looking to be bigger and better than ever.

“We are shooting a much larger, wider and longer firework show than we’ve ever had.” said Dezotell “This is a very large, very high profile show especially given the current situation.”

Dezotell said a show like this takes many many hours to produce and he and his team had already begun production before they received the official go-ahead from the Stampede.

“This is our home town so that’s something special.” Dezotell said. “Losing the Stampede was tough for everybody, (so) we were very happy to receive the call and we hope to put on a great show for Calgary.”

Dezotell said his team has had to make changes to how they set up to allow for safe physical distancing. “We’re in very small groups that are going to live together basically and work together for three days at a time so we don’t have one big crew.” He said that they have also increased cleaning procedures and that everyone is working outdoors. 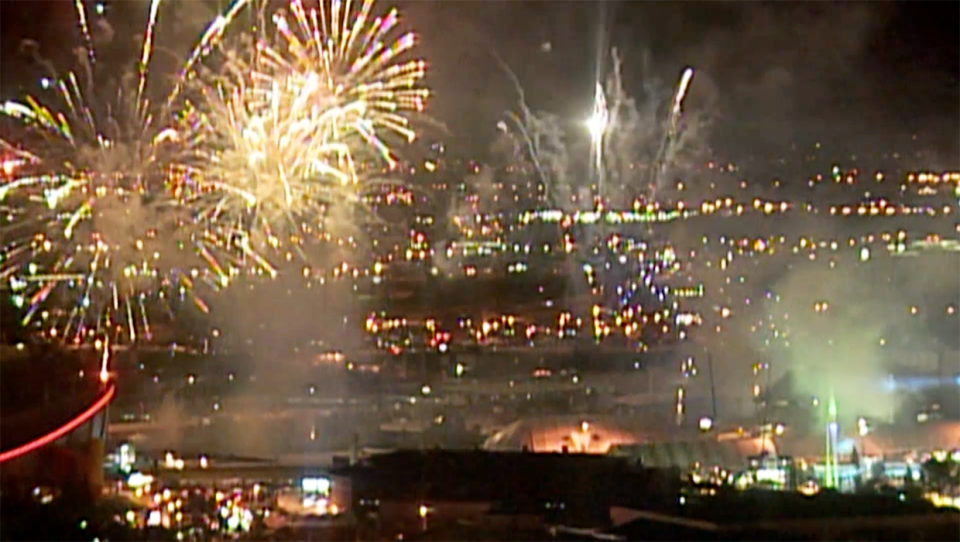 The 17-minute-long show will feature a custom musical score put together by Dave Pierce, the musical director of the Calgary Stampede Grandstand Show. You can tune in on your radio or online to Funny 1060 AM at 11:00 p.m. Friday night to get the full multi-media Bell Fireworks Spectacular experience.

The track is a combination of recycled songs from old grandstand shows, as well as being a nod to the Stampede’s colourful history.

With the park closed, Stampede officials are encouraging people to watch from home if they can or to head to an area nearby with a view.

“This firework show is being created so that the best views are a little bit further away from downtown and from Stampede Park," Stampede spokesperson Kristina Barns said.

“It was very hard to say that we couldn’t hold the Stampede this year," Barns added, "but it’s been pretty fun the last couple weeks to try and recreate some of that Stampede spirit.

“We really are encouraging people to celebrate at home in their own neighbourhoods.”

That's because the show has been designed to be viewed from a distance.

Because of the size and magnitude of this years show, Dezotell said, “the usual city areas where you can see the fireworks will still have a good view and there are going to be other areas that are going to see fireworks for the first time from Stampede Park.”

“If you can see the downtown skyline," Barns said, "you should be able to see the fireworks.”