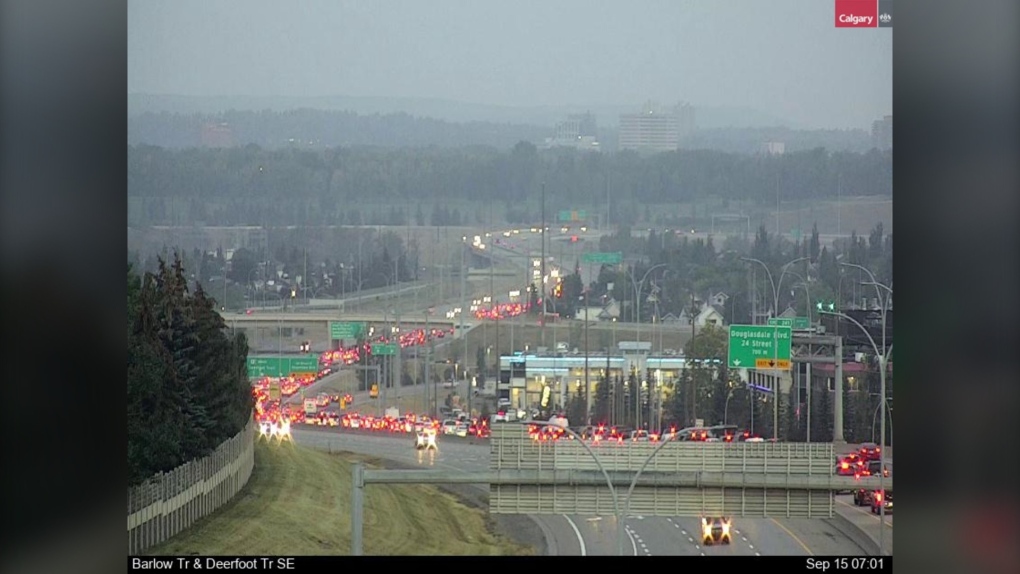 A long line of tail lights on northbound Deerfoot Trail Thursday morning following a crash near the Douglasdale Boulevard exit. (City of Calgary)

The morning commute on Deerfoot Trail slowed to a crawl Thursday morning after a crash blocked a northbound lane in the city's southeast.

Emergency crews were called to an area near the Douglasdale Boulevard S.E. exit shortly before 7 a.m.

The crash occurred in the left hand land and drivers were encouraged to stay right to pass.

As of 7:45 a.m., the crash was adding an additional 20 minutes to northbound commutes from the south end of the city to downtown Calgary.

CTV News has not confirmed whether anyone was injured in the crash and the nature of the collision has not been released.