As others in Canada start to take steps towards new personal possession rules, Alberta's police association says it's too soon to decriminalize hard drugs in our province.

Calgary's top cop Mark Neufeld, speaking on behalf of the Alberta Association of Chiefs of Police, says there's not enough evidence that shows the strategy alone will have an impact.

"By itself, decriminalization would not reduced rates of addiction or overdose," he said. "(It) triggers an immediate need for structural and societal changes in areas that do not currently exist."

The association says there is still work in health, social services and justice that needs to be done before rules can be overhauled. It believes premature changes will result in complaints and open public drug use that will lead to more work for officers.

"If you were to just pull sort of one lever, and it was going to be the decriminalization lever, all it would do is just make it easier to possess illicit drugs and also to see individuals using them in public," Neufeld said. "We're not ready." 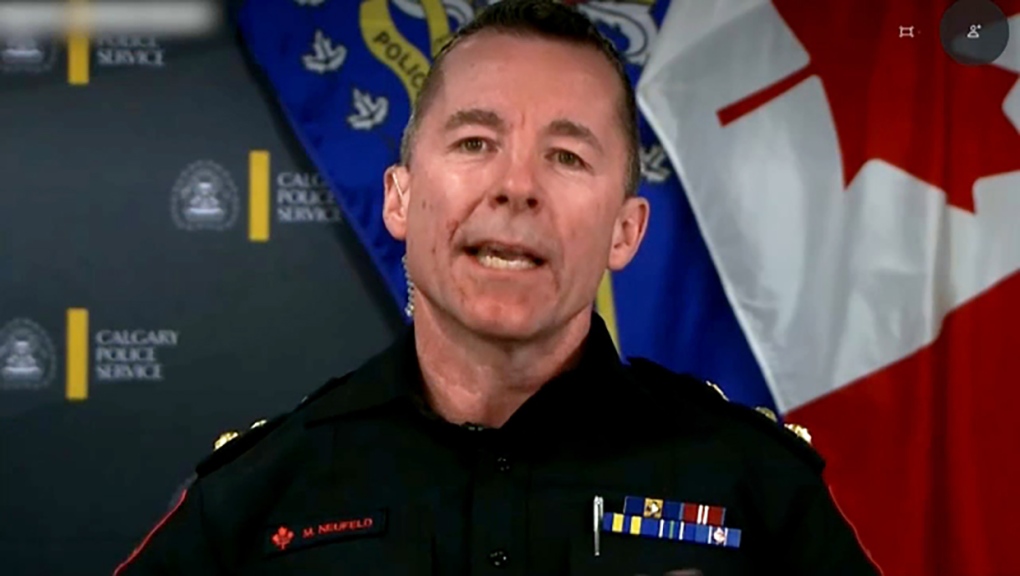 But while the chief is trying to save his officers added duties, many advocates point out that policing work is already embedded in drug use effects -- and decriminalization would be a step to remedying that.

"We're making people's lives very miserable if they use drugs," advocate Euan Thomson told CTV News. "With a new strategy, drug use will likely go down, people will gain stability in their lives and as their human rights are restored, and our communities will actually become safer."

Thomson points to Portugal, where decades-old decriminalization can be directly linked to a decrease in overdose deaths and drug use in teens, and to an increase in those seeking treatment.

"Decriminalization is very much needed, even if it's on its own," Thomson said. "Just like we saw with cannabis legalization, the sky is not going to fall on the day you decriminalize all drugs."

The City of Vancouver has applied for an exemption from the federal controlled substances act so it can update its personal possession rules.

British Columbia applied to the federal government in November to remove criminal penalties for people who possess small amounts of illicit drugs for personal use. The province argued that substance abuse and addiction is a public health issue, not a criminal one.

Since B.C. declared a public health emergency in 2016, 7,700 British Columbians have died because of a toxic drug supply.

Toronto's board of health said it would also seek permission from the federal government to allow drug users to carry small amounts for personal use.

"We're aware that other provinces have submitted requests to Health Canada seeking an exemption from the Controlled Drugs and Substances Act that would decriminalize personal possession of illicit drugs. These are conversations that are ongoing in our province as well,'' said Neufeld.

"I'm not concerned that this is moving forward in any way that's imminent. It is a discussion that has been ongoing for the last number of years, which has been intensified obviously by the drug poisonings and opioid overdoses."

As of now, no changes are imminent in Alberta.

With files from The Canadian Press .

The gunman who massacred 19 children and two teachers at a Texas elementary school was inside for more than an hour before he was killed in a shootout, law enforcement authorities said Thursday amid mounting public anger and scrutiny over their response to the rampage.

The Edmonton Oilers defeated their Alberta rival Calgary Flames 5-4 in overtime in Game 5 of their second-round NHL playoff series Thursday night to advance to the Western Conference final.

Monkeypox cases up to 26; first case detected in Ontario: PHAC

Canada's job vacancies are at a record high