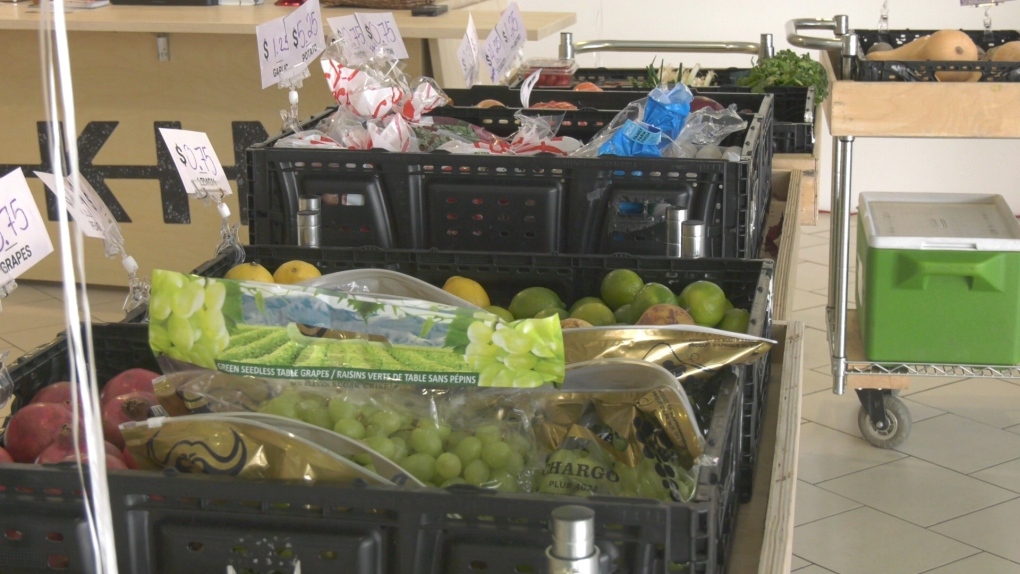 The Kin Market, hosted at select YMCA locations on different days of the week, will offers Calgarians a chance to purchase fresh groceries using a pay-what-you-want model.

Leftovers Foundation, in partnership with YMCA Calgary and Fresh Routes, has launched Kin Market and Kin Cafe where Calgarians have the opportunity to get fresh groceries under a pay-what-you-want model.

Paul Annunziello, project manager with Leftovers Foundation, says suggested pricing is offered but it ultimately comes down to the individual and what they can afford or are willing to pay.

"A customer comes up and wants to order groceries or a coffee, there's some suggested pricing just for peoples own frame of mind but they can really give what they can or give what they want."

One of Leftovers Foundation's missions is to increase access to healthy food options for Calgarians and that's what the pay-what-you-want model does. Annunziello says it will require everyone's participation to sustain.

"It’s a really interesting model," said Annunziello. "It takes both groups of people. It takes people who may only have $5 or $10 for groceries that week but it also takes the next person who is willing to step up and help their neighbour and maybe give maybe a little bit extra."

This is the second week that the market and cafe are open to the public and funding is in place to run the pilot project for three months. Then, if it proves financially stable, Kin will stay open.

The pay-what-you-want Kin Cafe coffee cart, which is volunteer led, will be open at YMCA Shawnessy from 8 a.m. to 3 p.m. on weekdays.

To become a volunteer, Calgarians can visit Leftovers Foundation or download the rescue food app.

Monkeypox in Canada: Act now to stop it, expert urges, before it's too late

With 26 cases of monkeypox now confirmed in Canada, health officials warn that number will likely grow in the coming days and weeks. However, one expert says the outbreak can be stopped if the country works quickly to get it under control.

Canada's highest court has ruled that Alexandre Bissonnette, who murdered six people at the Quebec City mosque in 2017, will be eligible for parole after 25 years.

The gunman who slaughtered 19 children and two teachers inside a Texas elementary school was in the building for more than an hour before he was killed by law enforcement officers, authorities say.

Johnny Depp's lawyers ask jury to give actor 'his life back'

Johnny Depp's lawyers asked a jury Friday 'to give Mr. Depp his life back' by finding that his ex-wife, Amber Heard, committed libel.

Ancient volcanoes may have created a rare resource for lunar explorers

Ancient volcanic eruptions on the moon could provide an unexpected resource for future lunar explorers: water.