Calgary police say one person is in custody after a suspicious fire at a restaurant on Macleod Trail on Monday.

The fire at Ginger Beef Bistro House in the 9600 block of Macleod Trail broke out at around 6:30 a.m.

The Calgary Fire Department said flames and heavy smoke could be seen coming from the rear of the building.

Firefighters were unable to enter the structure due to the intensity of the flames and the risk of the building collapsing.

Aerial streams were used to douse the fire, which appears to have started on the outside, making its way into the roof structure and then quickly spreading to the interior of the building.

"Because the fire started apparently from the outside and appeared to move in, the fire would be considered suspicious," said Bat. Chief Keith Stahl. 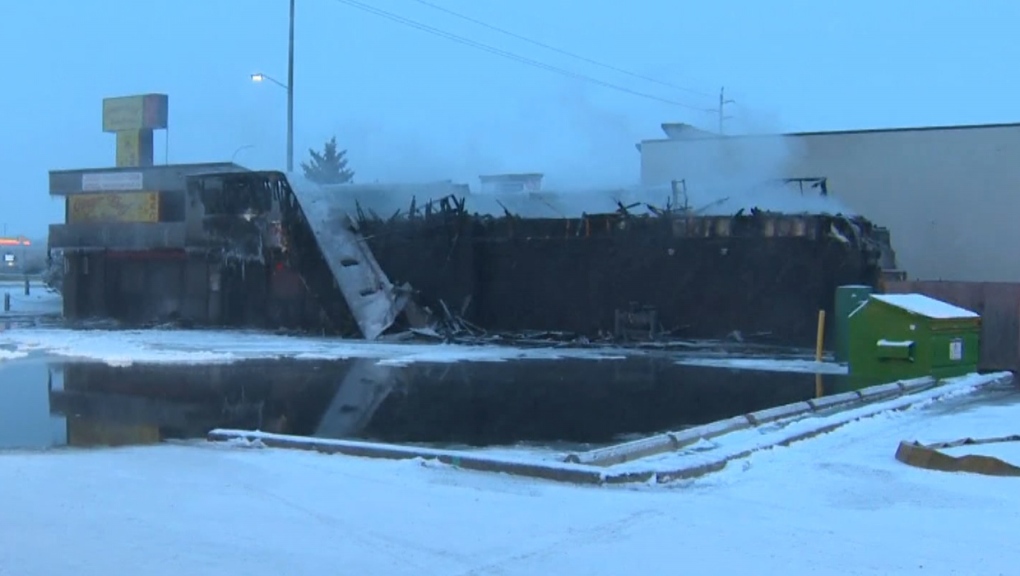 Kimberley Allen, the vice principal at a nearby childcare centre, said she saw the fire while on her way in to work.

"I was praying that no one was hurt, and fortunately it doesn't look like anybody was." Allen said. "It was just a lot. A lot of smoke a lot flames still at that point. Didn't really know what was going on."

The owner of the restaurant said the incident was upsetting.

"It was a little bit of a shock and surprise because it never happened before," said James Leung. "Especially, (because) it happened this time of year close to Christmas time."

"COVID-19 has already affected the business," Leung added. "And then Christmas time is supposed to be busy for us but that (fire) happens, so I don't have a good feeling about this."

The fire caused the temporary closure of southbound lanes of Macleod Trail between 90 Avenue and 94 Avenue.

Anyone who has photos or videos of the fire, especially prior to the arrival of fire crews, is asked to email piofire@calgary.ca.

- With files from Austin Lee and Stephanie Thomas