Calgary police want to speak to the driver of a vehicle who may have given accused killer Talal Amer a ride after a shooting and subsequent car crash that claimed the life of a mother of five.

The known gangster has an extensive criminal history including ties to organized crime, an attempted murder conviction and convictions on charges related to drug trafficking and weapons offences.

Police started receiving reports of two vehicles speeding and being driven erratically down 36th Street S.E. and shots being fired just after 11 p.m. on May 10. Several houses were hit by gunfire, however no injuries were reported.

The vehicles, a red 2021 Chevrolet Silverado, which police later said was reported stolen, and a grey 2021 Volkswagen Jetta, collided with two other vehicles at 17th Avenue S.E. One of those was a minivan driven by Angela McKenzie, who was killed. McKenzie left behind five children.

The drivers of the Silverado and Jetta fled, however police were able to locate the Jetta driver nearby, suffering from gunshot wounds and he was taken to hospital. 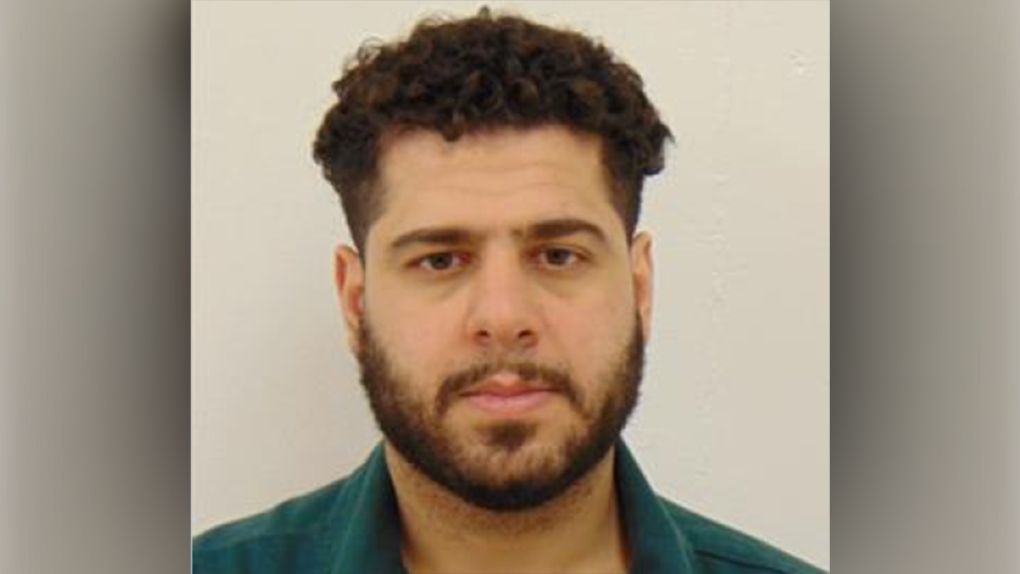 A Canada-wide warrant was issued for Talal Amer in connection with a fatal crash in Calgary on May 10 that killed Angela McKenzie. Amer is also wanted in connection with gunfire that occurred shortly before the deadly crash. (CPS)

Police later released surveillance photos and video and identified Amer as a suspect. On Wednesday, investigators said they believe he may have been given a ride in a vehicle that was parked near 17th Avenue and 36th Street S.E., and that driver may not have known about the collision.

"We believe that a citizen may have acted as a Good Samaritan and provided Amer a ride without knowing about the tragedy that had just occurred," says Staff Sgt. Sean Gregson of the homicide unit.

"Based on the interaction with Amer, we don’t believe this individual was connected to the incident, however they may have important information that could help us locate Amer."

Investigators say they also believe some people are assisting Amer in continuing to evade capture.

"This is a tragic case and we are dedicated to locating him in order to bring justice for Angela’s family. Conversely, we will seek to hold all individuals accountable who may be helping Amer avoid being taken into custody," said Gregson.

"Individuals who are knowingly assisting Amer could be charged as an accessory to his crimes."