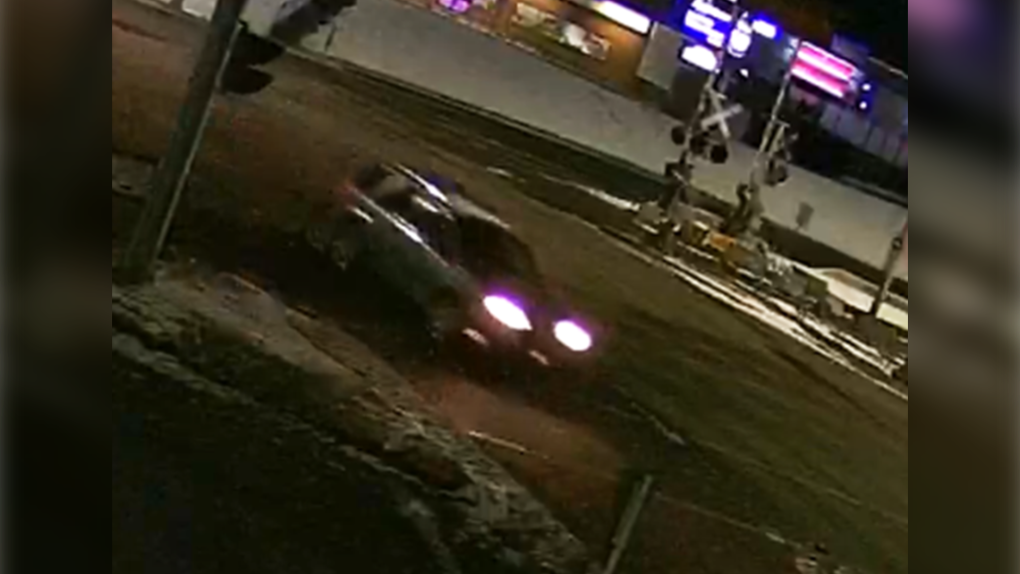 The suspect vehicle in connection with a fatal shooting in Rundle is seen in the intersection of Rundlehorn Drive and 36 St N.E. on the morning of Dec. 30, 2019 (CPS)

CALGARY -- The Calgary Police Service is asking for help from the public as investigators attempt to identify a vehicle they believed to be connected to a deadly shooting in the city's northeast.

Keem Geng and Achor Jal, both 22, died as a result of a Dec. 30, 2019 shooting in the community of Rundle. The critically injured men were dropped off at the Peter Lougheed Centre following reports of shots fired along Rundlemere Road.

The initial report of gunshots was received by police at approximately 3:45 a.m.

On Thursday, police released surveillance images from the intersection of 36th Street and Rundlehorn Drive N.E. of a suspect vehicle in connection with the shooting. According to the timestamp, the footage was recorded at 3:40 a.m.

Anyone who recognizes the vehicle in the footage or has information about the shooting is asked to contact the Calgary Police Service at 403-266-1234 or anonymous tips may be submitted to Crime Stoppers.