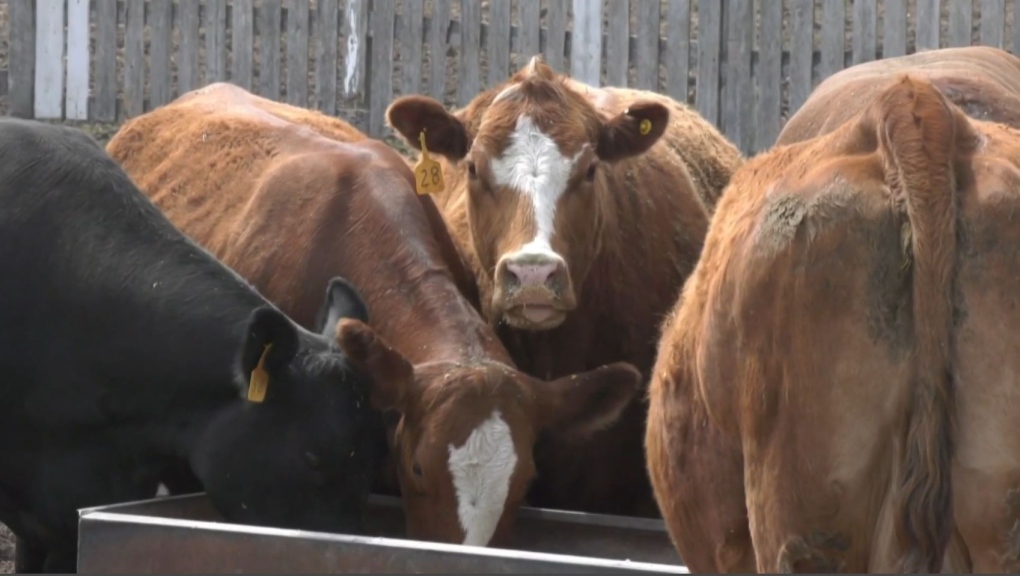 A national farm organization is asking the federal government to pitch in with efforts to move hay from the East Coast to struggling farmers and ranchers in Western Canada.

The Canadian Federation of Agriculture is seeking financial support for its Hay West initiative, which aims to ship donated hay from Maritime farmers to drought-affected Prairie provinces.

Over 1,000 bales of hay have already been shipped by rail and truck, but there is more that can't be shipped yet due to the cost of freight. Freight costs are being covered by donations.

Last summer's devastating drought has left many Prairie farmers without enough feed for their livestock heading into the winter. Experts estimate up to 20 per cent of the Canadian cattle herd could be sold off as producers are forced to decrease the size of their herds or go out of business entirely.

The Canadian Federation of Agriculture hopes hay donations will help save some breeding stock and preserve cattle numbers across the Prairies.

However, ranchers with enough hay still face problems due to lack of water. In parts of the country, creeks and watering holes have gone completely dry due to drought.

This report by The Canadian Press was first published Nov. 11, 2021.