'Predators do have a place in the prairies': Albertan photographs endangered swift foxes 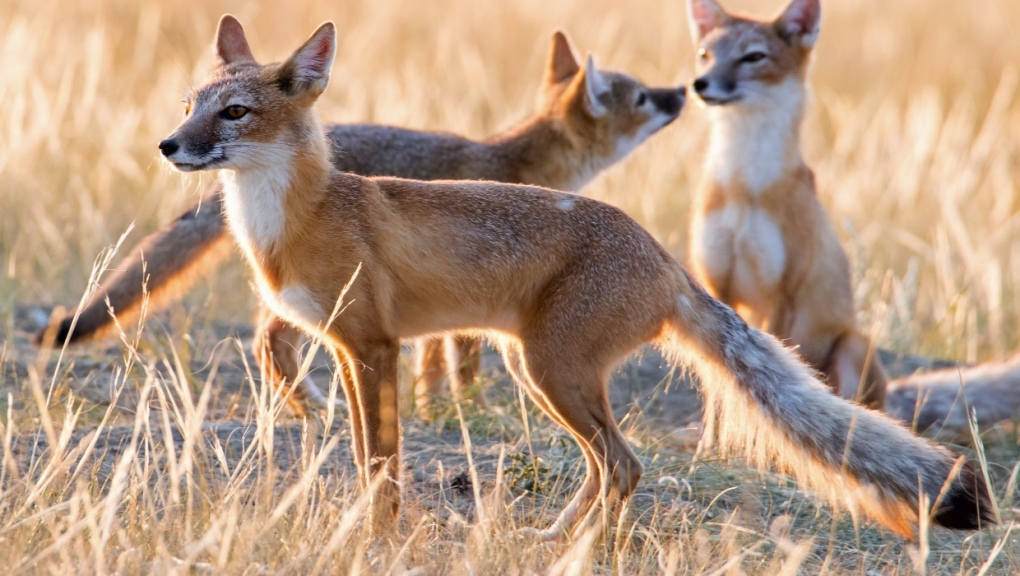 It was a warm Sunday in July when Mike Borlé stumbled upon a single swift fox in a rural area south of Medicine Hat.

Borlé is an environmental coordinator by trade and works for wind power projects in the province, but is also an amateur wildlife photographer.

"I always have my camera with me whenever I'm touring around the southeastern part of the province,” he explained.

He was birding when he spotted the fox, and as he kept watching, he said another adult and two kits emerged from a den. 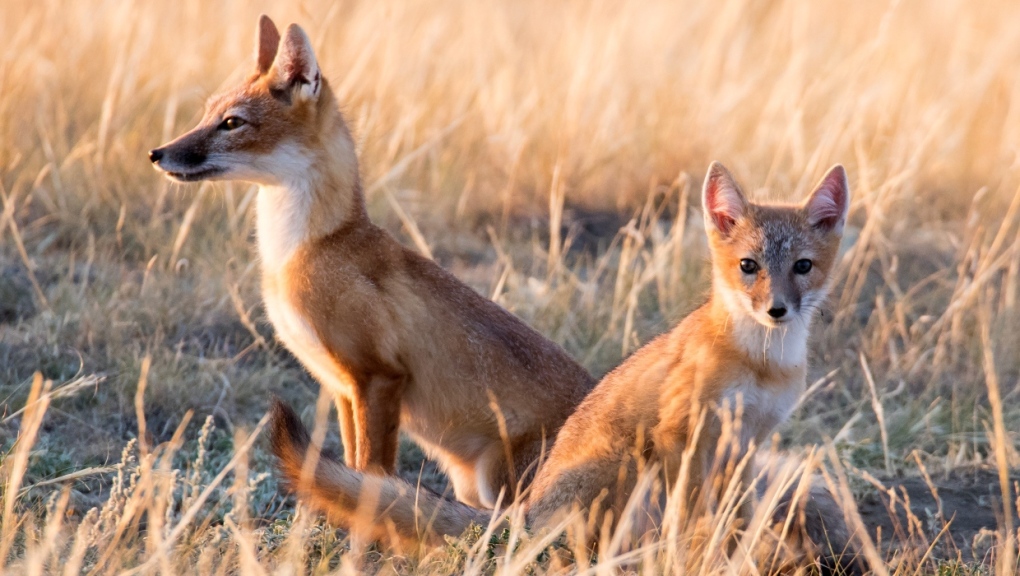 "Literally, I just sat on the roadside probably about 60 metres from them and watched them play and interact with each other," he said.

"That situation was very, very cool. It was about an hour before sunset and the light was about perfect." 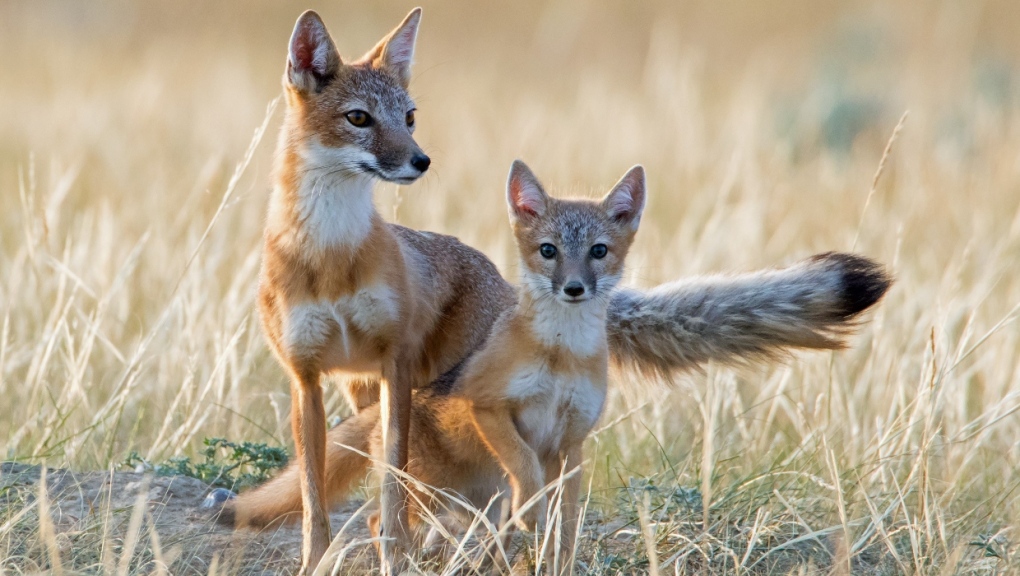 "The most surreal part of that experience was they didn't have any concern with me," he said. "They're actually fairly well known for being relatively indifferent to humans."

"They really don't seem to have a natural fear – like coyotes or wolves generally would, for example, or red foxes for that matter.

"I actually had the adult (foxes) at one point turn away from me – both sitting side by side and (they) turned away from me. The kits were in between me and them and they had no fear." 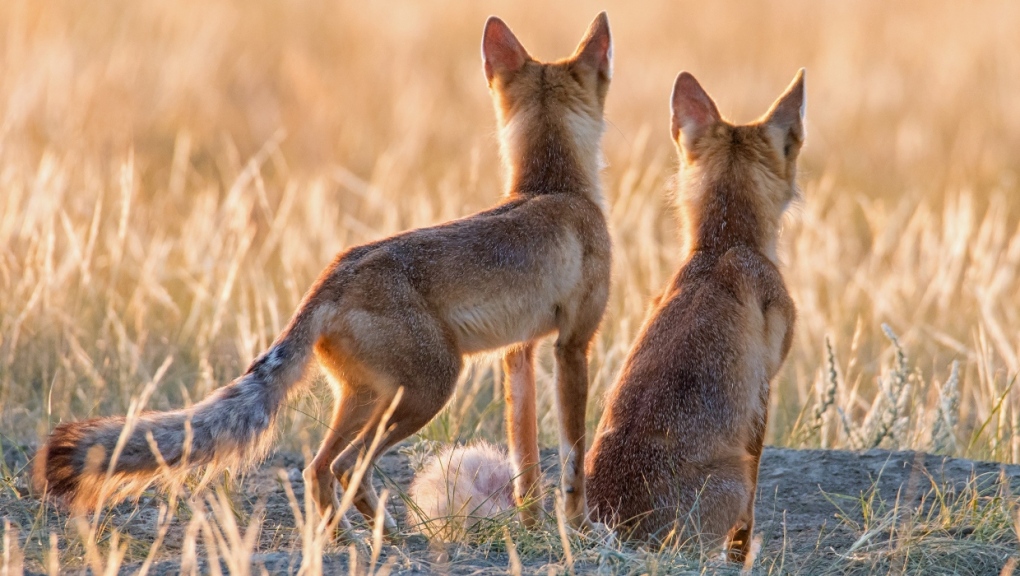 The swift fox was once abundant in Alberta but populations declined as a result of habit loss and it is now considered endangered.

"It's not a once in a lifetime-type thing necessarily, but it's still extremely rare," Borlé said of his sighting.

"There's been just a very small handful of sightings in the couple of decades."

"That’s the kind of thing that really keeps me interested in wildlife and birds; we get to share those moments," he said. "I've been doing this for a long time. I've been working in the environmental field now for about 25 years, but these experiences, they don't come along very often."

Borlé has observed four species of wild dogs native to the province this year, a so-called canid quadfecta – the coyote and red fox, which are fairly common, and the grey wolf and swift fox, which are uncommon to see. 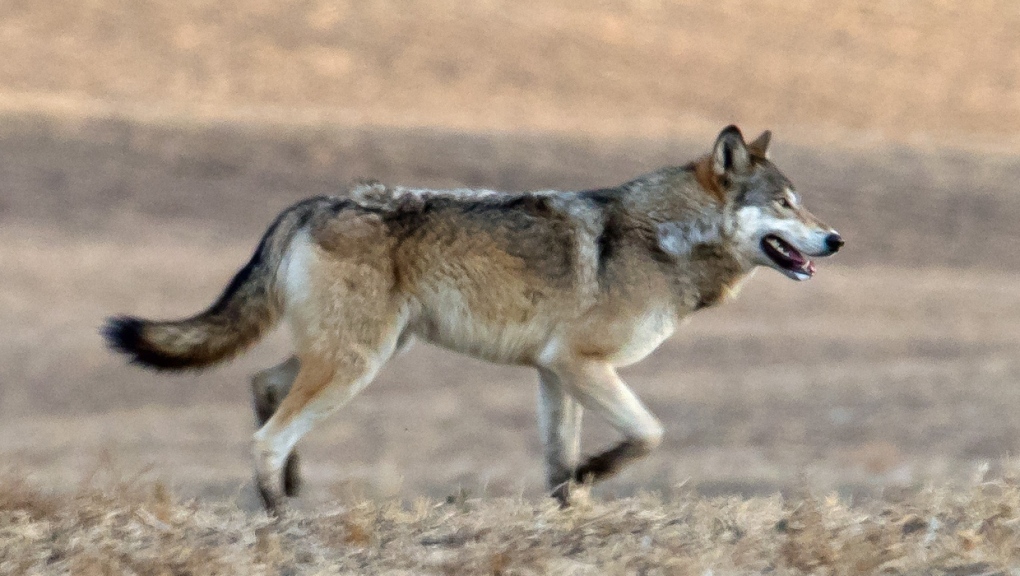 His friend, author and naturalist Chris Fisher, shared the feat on Twitter.

"I don't think anyone else has done that in over 100 years," he tweeted.

Yesterday, my friend Mike photo'd a Wolf on Alberta's grasslands - 400 kms from closest known popn's.
In June, he also photo'd Swift Fox, so he has seen ALL four Alberta's wild dogs on our grasslands in 2021.
I don't think anyone else has done that in over 100 yrs 📸Mike Borlé pic.twitter.com/D6txG1b6A1

"It's a significant thing," Borlé said, adding he was thrilled to see the grey wolf.

"For the best part of 100 years there haven't been wolves in the prairies in any significant way." 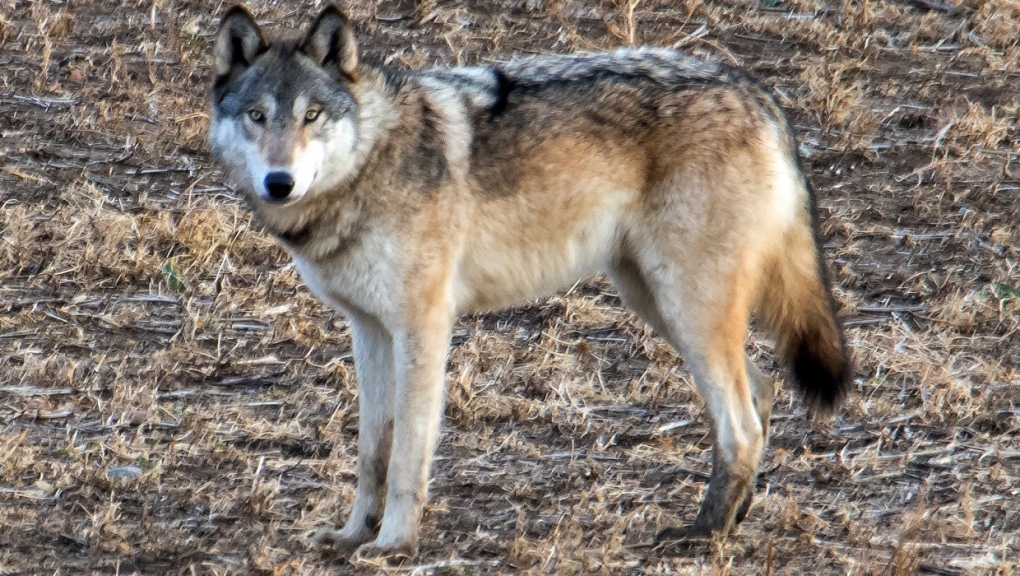 This spring, not too far from the same area he saw the swift foxes, Borlé said he was able to capture photos of a burrowing owl, which is also an endangered species.

"There aren't really all that many species in Alberta that I haven't spent a little bit of time with, but the burrowing owl was one and swift fox was the other."

Borlé shared photos of the foxes on Twitter. He says and he believes social media plays an important role in environment education, helping teach people to be more environmentally conscious and aware.

Swift Foxes are exceedingly rare and were previously extirpated in Alberta due to the impact of farming and ranching on their prairie habitat. As far as I know, there are only around 100 in Alberta! They were found in far south-eastern Alberta on July 11. pic.twitter.com/ZLZpzBvePO

After his decades working in Alberta, Borlé said he has noticed a difference recently in the way ranchers and farmers view predatory animals.

"These predators do have a place in the prairies."

"People's attitudes in rural Alberta are changing," he said, saying people seems to be taking the opportunity to observe Alberta's predatory species instead of looking at them as a threat or a pest.

"People are starting to value our predators far more than in the past. People are just leaving them be … people are allowing them to just live. 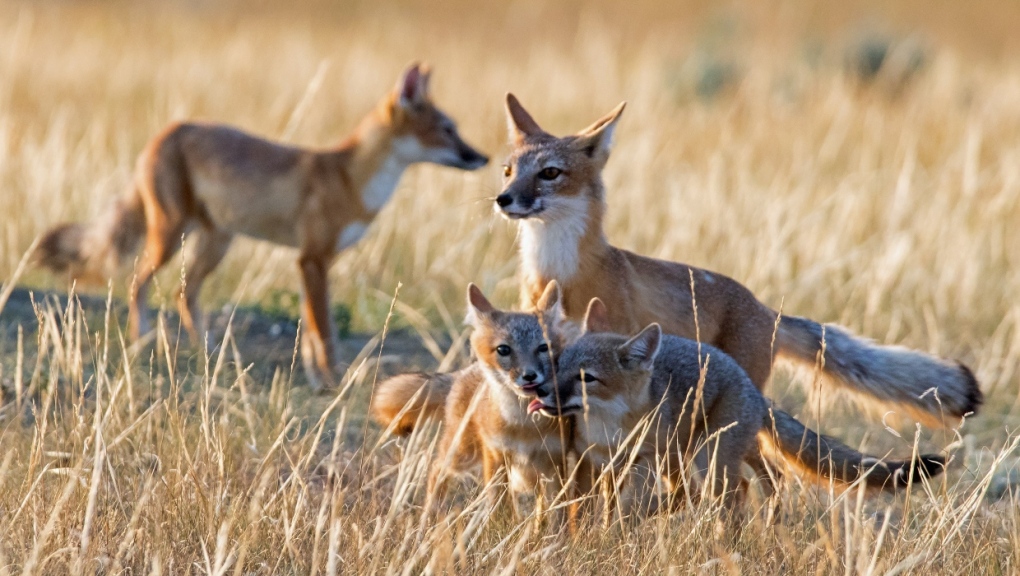 "We're in a new era of attitudes towards predators. People are making the decision to just coexist with them."

Borlé believes that mentality will only continue to grow as people become more environmentally conscious.

"People are becoming more aware of their impact on the environment and our wildlife," he said.