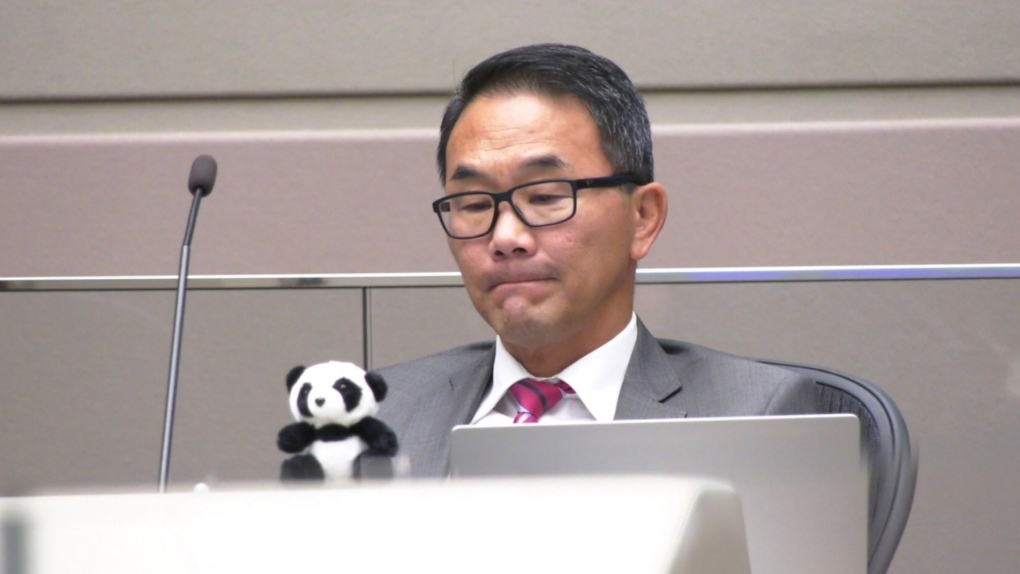 Calgary council voted in favour of removing Sean Chu from the deputy mayor rotation after it was revealed the Ward 4 councillor took photos of Mayor Jyoti Gondek's licence plate.

Premier Danielle Smith has tasked a pair of deputy ministers to review a report from the Calgary Police Commission (CPC) that admitted errors were made during a 1997 investigation into allegations of sexual assault against now-councillor Sean Chu.

The deputy ministers of justice and public safety are to determine "whether any further action should be taken in light of the findings outlined in the document," according to a statement from the premier's office.

“These allegations are serious and we do not take them lightly. Elected representatives at all levels need to conduct themselves in all matters with the highest standards of integrity and ethical behaviour," the statement reads.

It comes the day after Calgary councillors voted in favour of sending Smith the CPC report for further review.

A year ago, the province announced it didn't have the authority under the Municipal Government Act to remove Chu from city hall.

Ric McIver, municipal affairs minster at the time, sought advice from law firm Brownlee LLP, which advised McIver "the minister does not have authority to simply remove a councillor from office under the legislation, particularly for events that took place before a councillor was elected."

Chu was accused of sexually assaulting a 16-year-old girl in 1997 when he was a 34-year-old police officer. Chu has admitted to what he calls "consensual sexual foreplay" with the teen, but maintains he did not know she was underage.

The review by the CPC into the handling of the 1997 investigation found "errors created significant delay and mistrust in the process" at the time.

"A teenage girl came to the service with serious allegations about an officer and the service did not provide her with the compassionate support she needed to navigate a complex and intimidating process," said Shawn Cornett, CPC chair, in a release in August.

"It was not OK then and it would not be OK now," the statement from the summer reads.

On Tuesday, council voted in favour of removing Chu from the deputy mayor rotation after it was revealed the Ward 4 councillor took photos of Mayor Jyoti Gondek's licence plate.

Gondek says she only learned about the photo after a member of the public emailed it to her office and that it compromised her personal safety.

Chu apologized to the mayor for taking the photo. Gondek did not accept the apology, saying she wants Chu to resign.