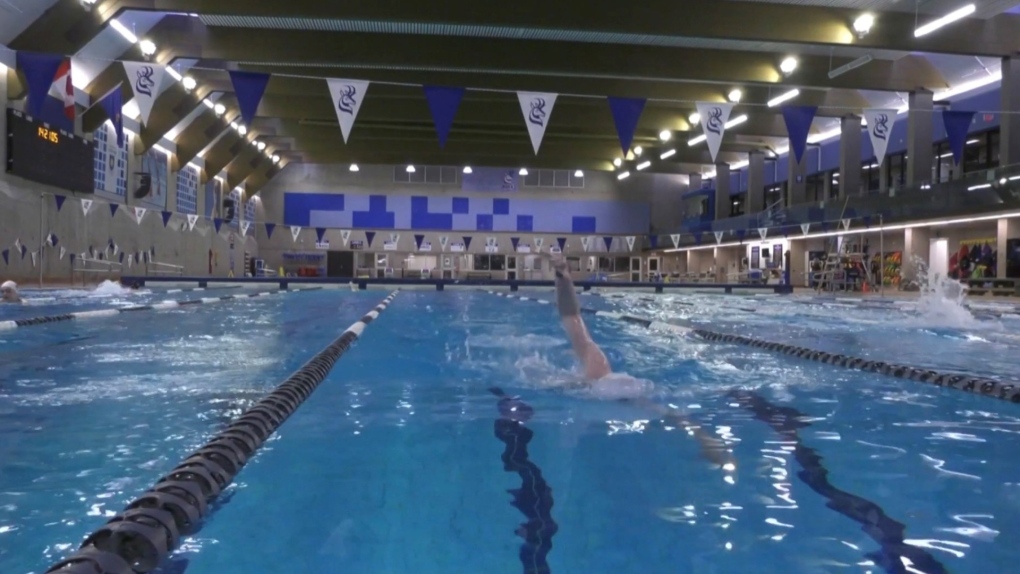 The 2022 Canada West Swim Championship gets underway Friday and the Pronghorn swim teams are thrilled to have home pool advantage.
LETHBRIDGE, Alta. -

University of Lethbridge Pronghorn swimmers will make a splash this weekend, with their sights set on a championship title.

The 2022 Canada West Swim Championship gets underway Friday and the Pronghorn swim teams are thrilled to have home pool advantage.

“Our men are defending national champions in the 4x100 medley relay, but last year at this meet they only finished second or third in that event.”

182 swimmers from eight schools are expected to compete.

The last time the U of L hosted the tournament was 2019.

“Being able to bring the meet back and host it similarly to how we did in 2019 is really exciting, but it's even more so with where our two swim programs are at,” said Spencer Pommells, tournament chair.

“Both are peaking at the right time and our head coach, Peter Schori, is doing one heck of job with them, so it'll be exciting to have them swim along with some of the best from Western Canada.”

Both men's and women's swim teams are coming off a strong year.

Shori says it was a rebound season for the teams and those representing the Pronghorns are looking forward to showing off their skills.

“It's really helped with confidence. Like, before I didn't know what to expect or what we could pull off, but this year we definitely know where we can be and what we've done so we can build off of that,” said Pronghorns swimmer Parker Brown.

For U of L swimmer Taryn Lachman, the championship hits close to home.

Growing up in Lethbridge, she's hoping to win a record in front of her family and friends.

“Growing up watching the Pronghorns race, because I grew up racing in this pool, I would see all those records being scored and to get one of those would mean the absolute world because I’ve been dreaming about it my whole life.”

The skill level is expected to be high, with most of the swimmers competing this weekend hoping to qualify for the Olympics.

“We have swimmers that are on the Canadian National Team that will be competing,” Schori said.

“We have Canadian record holders like Apollo Hess from the University of Lethbridge who are going be competing. So this is not international swimming, but it’s the highest level of domestic swimming there is.”

The Championship is set to get underway at the Max Bell Regional Aquatic Centre starting Friday, with the finals set for Sunday.