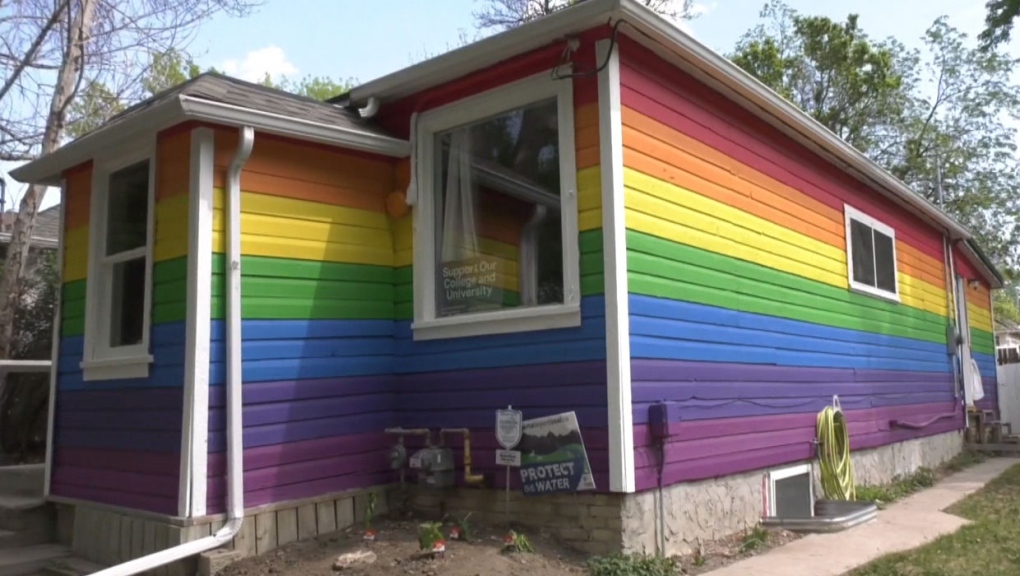 Curious onlookers wanting to take their picture at Kim Siever's rainbow-coloured home can be rewarded with candy for their effort.

A Lethbridge resident has transformed his home into something truly special for this year's Pride Fest.

All it took was some new paint – seven different shades to be exact.

Kim Siever says he was looking to refresh his home this spring and couldn't think of a better way to do it other than using all the colours of the rainbow.

He adds the new paint job, which is prompting plenty of reaction from passerby, is also in honour of Lethbridge's Pride Month.

In fact, it's had so much attention, Siever says he wants his home to be part of the festival too.

"We've had people stopping by and ask if they could take pictures, so I thought maybe something we could do is when people stop by and they're going to take pictures anyhow, we can just give them something a little extra," he said.

The gifts he's referring to are package of Skittles, free for the taking for anyone who poses for a selfie in front of Siever's rainbow roost.

Lethbridge Mayor Blaine Hyggen also helped out with Siever's campaign by donating several boxes of Skittles candy to ensure the house is well stocked for all of its visitors.

Defence attorneys for actor Alec Baldwin are seeking to disqualify the special prosecutor in the case against him stemming from the fatal shooting of a cinematographer on a New Mexico film set.