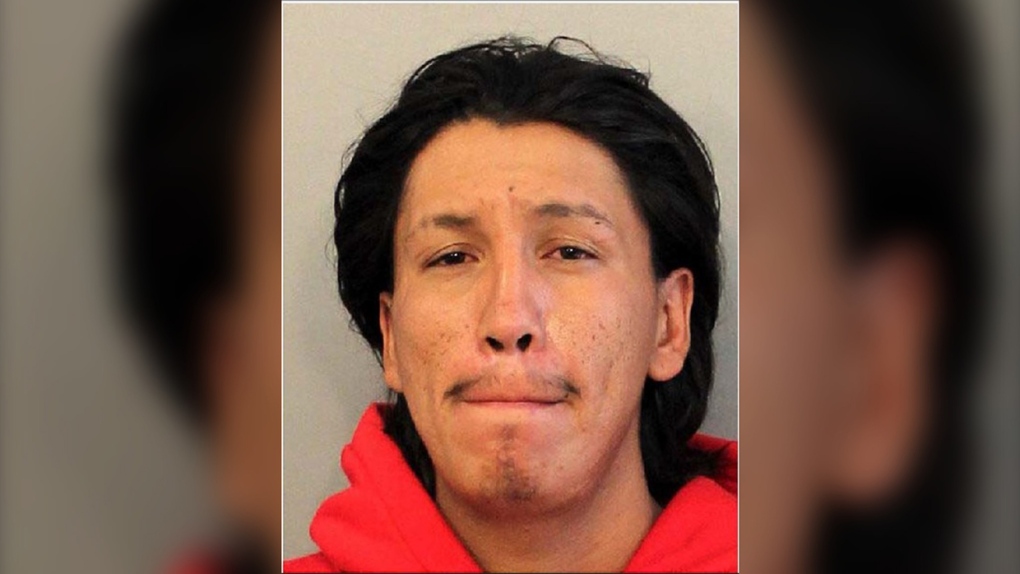 Gleichen RCMP are searching for Mitchell Oldwoman, who is wanted on a number of charges
CALGARY -

**Update: Oldwoman was arrested on June 17 at a home on the Siksika Nation and remains in custody ahead of his judicial hearing**

A man from Siksika Nation faces a number of charges following an investigation by Gleichen RCMP after reports of a robbery that took place on May 19.

Police received a complaint that a 29-year-old man robbed a 17-year-old.

An investigation led to Mitchell Kirby Oldwoman of Siksika Nation being charged with the following:

On May 26, police responded to a second complaint that someone took a vehicle without permission and then fled from police.

After abandoning the vehicle, police seized a number of weapons, including a homemade firearm.

RCMP have a warrant for the arrest of Oldwoman on the above charges, but haven't been able to locate him. He previously was charged on March 4, 2021 with possession for the purpose of trafficking before being released.

Anyone with information about Oldwoman's whereabouts is asked to contact Gleichen RCMP at 403-734-3923. Anonymous tipsters can contact CrimeStoppers at 1-800-222-8477, online or by using the P3 Tips app available at Apple or the Google Play Store.

Oldwoman is considered dangerous and shouldn't be approached by the public. If he's located, call 911 and provide the location.