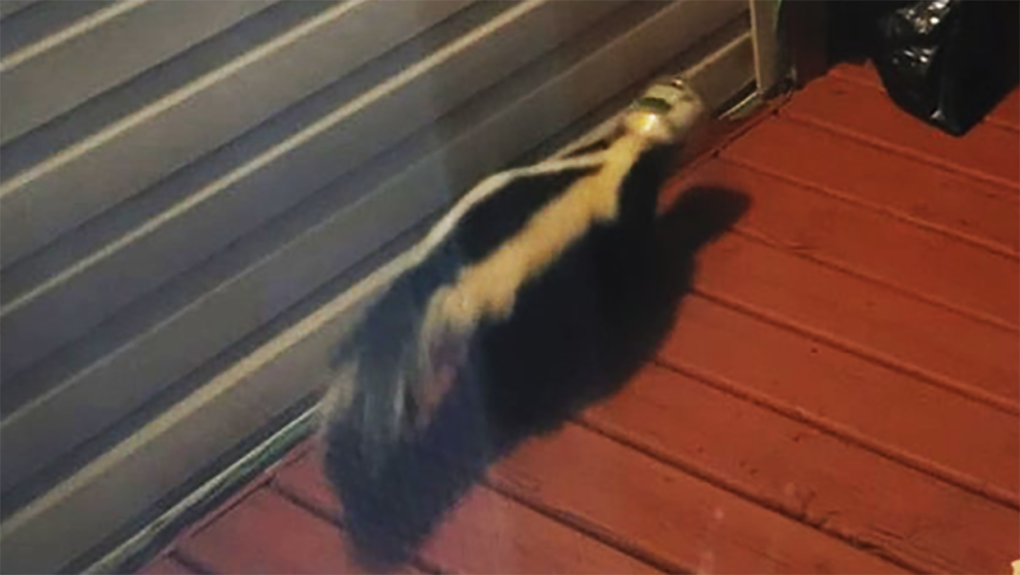 That's because a Taradale homeowner happened to notice a forlorn skunk wandering across their back deck with a jar stuck to its head.

After reaching out to several agencies and pest-control companies and getting nowhere, the homeowner called the police.

Constables Smith and Parkinson responded to the call and were able to quickly identify the skunk, who appeared to be quite tired. When it saw the police, the skunk stayed on the deck.

After a quick strategy session, where they tried to strategize a way to get the jar off the skunk's head without getting sprayed, the officers sprang into action.

With one officer holding a blanket around the skunk's body, the other officer focused on sliding the jar off the skunk's head.

Happily, the jar slid off with minimal resistance. The skunk, recognizing a good thing when it saw it, didn't spray the officers. Once the jar was removed, the skunk looked at the officers, and departed from the deck, disappearing into the back alley without a whiff of concern.

Officers never really know what kind of calls they will get in a night, but something definitely didn't smell right when they got this one... 🦨#yyc pic.twitter.com/uY747tydAf