The morning after Alberta announced new health measures to try and relieve the mounting pressure on its hospitals, Alex Galanis was in his Olds, Alta. restaurant trying to make sense of the rules.

"We're in shock by it," he said, explaining he isn't sure exactly how to implement and enforce the new Restriction Exemption Program (REP) the province is rolling out on Monday.

If businesses don't opt in to the REP -- which requires them to ask customers for proof of vaccination or to provide a negative COVID-19 test result -- they will be subject to a long list of rules that limit how they operate and the hours in which they can serve people.

"We just don't see how it's going to work, especially with our clientele and demographic here," says Galanis, who owns the Grouchy Daddy's restaurant in town.

"My biggest fear is they're not going to be receptive to it. And rather than come out and support us, I think they're just going to say 'enough is enough'," he said.

The town of Olds is lagging behind the provincial average of eligible people fully vaccinated and it's also in the Central Zone, where hospitalizations have spiked to become the most-hospitalized health region per capita in Alberta. 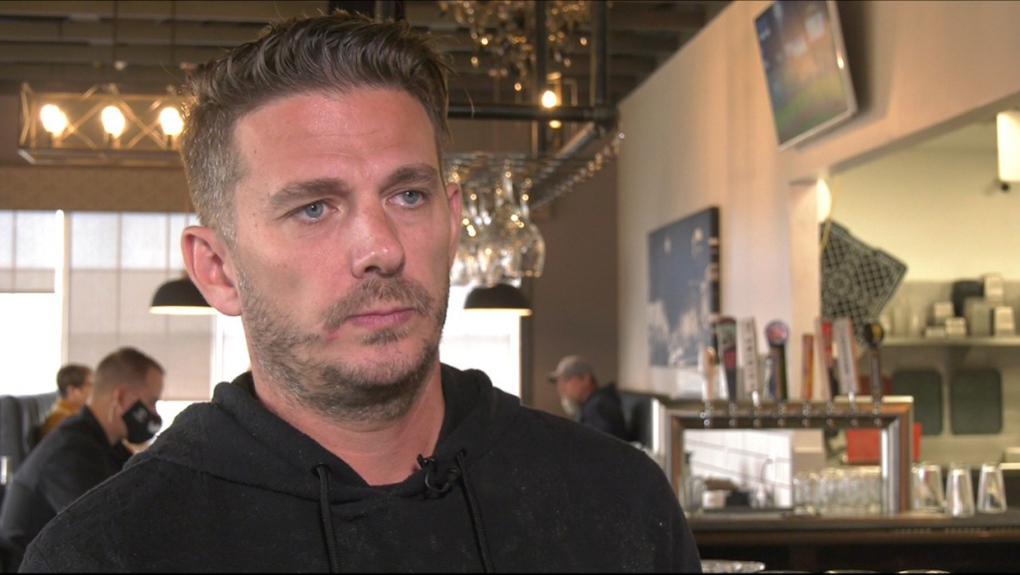 While just over 71 per cent of Albertans 12 and older have been fully immunized, the vaccination rate in Olds sits just below 65 per cent.

Speaking to some residents of the town shows divisive views of an issue the new proof of vaccination rules are in the area.

"They could have started this a couple months ago. And taking their time, it's a big scramble to try and get your passport, certificate, or whatever the heck you want to call the stupid thing," said one man in town.

A woman CTV News spoke to just moments later felt even stronger that the requirement should never have been implemented.

"I think it sucks. I'm sorry, but I do. I think it's absolutely ludicrous and I think they should let people get back to normal and fight their own... they just don't need something like that."

Under Alberta's REP, customers will need to prove they're vaccinated or provide a negative test result, but staff at the same businesses don't need to.

"If I made a mandatory vaccination for my staff, I'd probably lose 70 per cent of them because I know for a fact a lot of them don't support them, they don't want to," Galanis says.