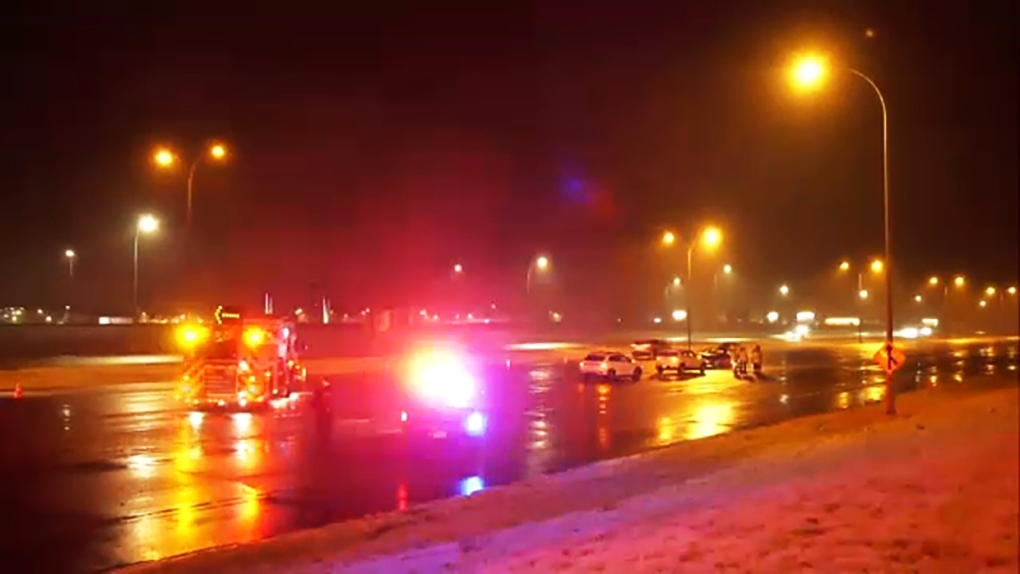 Part of southbound Deerfoot was shut down Wednesday after a multi-vehicle collision. One person was taken to hospital in stable, non-life-threatening condition.
CALGARY -

Part of south Deerfoot closed Wednesday night after a multi-vehicle collision that sent one person to Foothills hospital.

The incident took place at 7:30 p.m. Wednesday. Fire crews were first on scene, and were able to extricate the passenger from their vehicle.

EMS confirmed they transported one person to hospital in stable, non-life-threatening condition.

Southbound Deerfoot from Stoney Trail in the southeast down to Seton Blvd was shut down for several hours but has since reopened.

Police are investigating the crash as a possible hit-and-run after a second vehicle was seen leaving the scene.