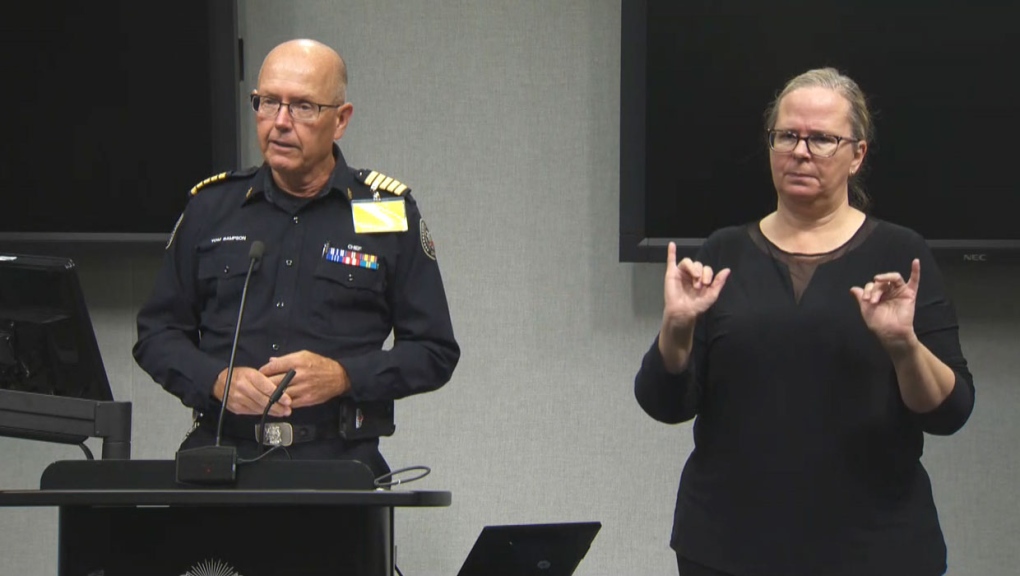 Director of Calgary's emergency management agency, Tom Sampson, provided an update on the pandemic situation in the city Thursday.

CALGARY -- The head of the Calgary Emergency Management Agency is imploring residents to stop flushing disposable disinfectant and bathroom wipes down the toilets.

Tom Sampson said Clorox, Lysol and other brands of wipes are finding their way into Calgary's sewage system.

"Drinking water is one of our top priorities and I can assure you that it's safe," Sampson said.

He cautions, however, wipes in the system, even if they say they are disposable, can cause blockages and backups.

"They do not break down, so please don't throw those in the toilet and flush them," he said.

"The end result is not good."

The city's primary goal is maintaining the services Calgarians rely on, however, Sampson said more changes are coming to help the city minimize the spread of COVID-19.

"We are working hard to push down the spread of COVID-19. The thing that we need is for you to work hard too," Sampson said.

The city census is being pushed to later this year or next year, as the door-to-door nature of the census is an unnecessary risk for all involved, Sampson said.

"That is the face-to-face contact we are looking to avoid," he said.

The census normally begins April 1 and runs until the middle of June.

Sampson also announced changes to residential waste and recycling collection in the city to help reduce drivers' contact with people. Households may see a pick up day change for any of their three carts.

At city hall, Sampson said planning applications will only be accepted through the online system. The Fair Entry site at the Municipal Building is also now closed and they will only be accepting services through phone, online, mail or fax.

The city is also suspending its no-cost spay and neuter program for an indefinite period of time. All scheduled appointments are now considered cancelled.

The city's Animal Services Centre is still open, but they are asking the public to not bring stray animals to the centre unless it is injured or in distress and can't be taken to a vet.