A drug used to treat heart attacks has proven to be an effective treatment for the most common type of stroke, and an even better treatment than the current clinical standard, says a team of Canadian researchers.

Over 80 per cent of all strokes are ischemic strokes, caused by a blood clot blocking, or narrowing, an artery leading to the brain.  For over 20 years, the standard of care has been the immediate delivery of a clot-busting medication called Alteplase (tPA).

In the largest study of its kind ever run in Canada, researchers at the University of Calgary and University of Toronto found that the drug Tenecteplase (TNK), currently used in heart attack treatment, is at least equally effective as tPA and possibly more effective in treating ischemic strokes.

"Tenecteplase is known to be an effective clot dissolving drug," explained U of C researcher Dr. Bijoy Menon. "It is very easy to administer which makes it a game changer when seconds count to save brain cells." 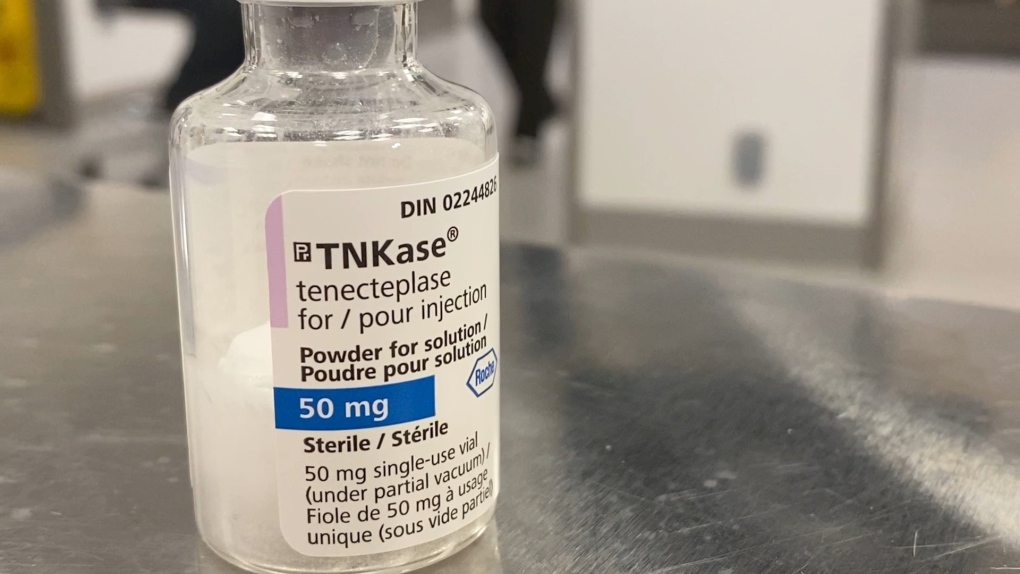 The Alteplase Compared to Tenecteplase study found Tenecteplase (TNK), a heart attack treatment drug, to be a much more favourable treatment for ischemic strokes than tPA as it's easier to administer.

Menon says the findings of the AcT (Alteplase Compared to Tenecteplase) trial were so conclusive he expects TNK to become the standard of care worldwide in very short order.

"Guideline Committees get the results, they debate the results, and then the transition happens. So I see this move happening within the next few months," said Menon.

"The results are very convincing. It's quite clear at the end of the study that you now have a better choice, and because of the debilitating nature of stroke, there's urgency to actually change care."

The current standard of care, tPAm, is complex to administer. It takes up to an hour and requires an infusion pump that needs to be monitored. The pump makes it more difficult to transport patients within a hospital or by ambulance to a larger facility with a dedicated stroke center for treatment.

By comparison, TNK is administered with a single dose through a syringe. The method eases the burden on nurses and doctors, and shaves time off the delivery of the medicine.  U of T researcher Dr. Rick Swartz says it also means it will be available as a treatment in more places.

"TNK could potentially be administered wherever the patient is seen first, at a medical centre or small hospital," explained Swartz. "One of the reasons Tenecteplase is so effective is that in can be administered as a single immediate dose. That's a big advantage, saving critical time and complication."

"In our field we say 'time is brain' and any minute or any second that we can save in treating a patient is critical," said Kenney. "Giving them medication quicker, and trying to get rid of the clot in their brain and get them back to normal again quickly, is so important. It really matters for every patient."

Stroke survivor André Lavoie, who suffered a stroke in 2015, was part of a focus group that helped guide researchers. While he has recovered from the stroke, Lavoie remains acutely aware of the need for effective, immediate treatment.

"It is really an advancement to get the people to survive, and the whole thing with a stroke is; you may survive a stroke, but it's your quality of life that you will looking for," said Lavoie

"So if you have a stroke, and you can have that drug within half an hour an hour, it's much better than two hours, or three hours to get it.  Brain cells usually do not regenerate. So when they die, they die."

The cross-country AcT Trial included 1600 patients in 22 primary and comprehensive stroke centers across Canada. The results were presented at a conference in Montreal on Wednesday, and published in the medical journal The Lancet.