Calgary police say one suspect wanted in connection to a violent brawl at the Marlborough CTrain station has been arrested, while two others are still being sought.

The clash happened at 2:15 p.m. on Thursday, Nov. 17 and involved a pipe, knife and a flare gun which appeared to light one man on fire.

Police released surveillance video of the "reckless assault" last week, hoping the public would help them locate the people involved.

On Monday, police confirmed one of the suspects had been identified as Layne James Deedza, 22.

He has since been charged with one count of assault with a weapon and two counts of possession of a weapon for a dangerous purpose.

Police had previously charged Evan Robert Mossing, 37, of Calgary, with seven firearms offences in connection to the fight.

Investigators are still looking for two other suspects, whose photos are seen below: 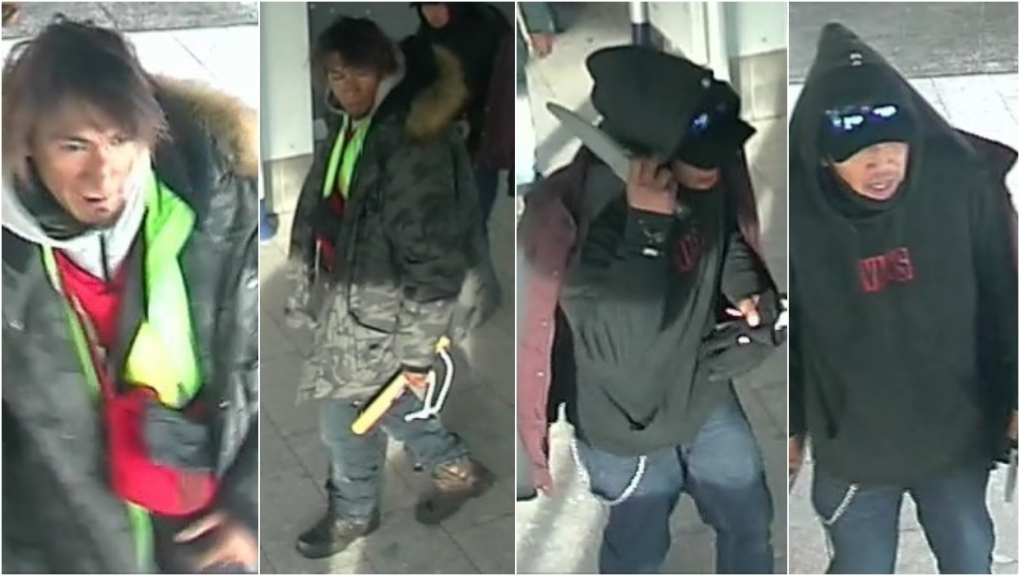 Calgary police are asking anyone who recognized the two people in this photo to call them. (Calgary Police Service handout) Anyone with information is asked to contact police by calling 403-266-1234. Tips can also be submitted anonymously to Crime Stoppers.