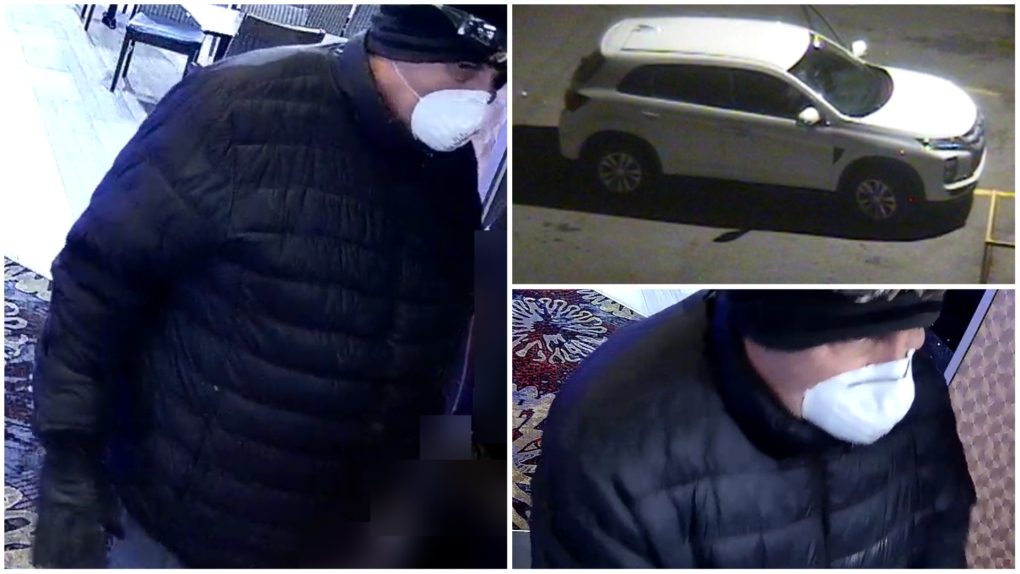 Calgary police are looking for the public's help to identify and locate a man they say is involved in an armed robbery at a southeast casino.

It's alleged he approached a worker, told them he was armed and left with an undisclosed amount of money.

Once outside, police say the suspect got into a white, newer model Mitsubishi SUV and fled the scene.

Officials say no one was injured during the incident and no weapon was seen by staff or customers.

The suspect is described as approximately 50 years old with a heavy build. He was seen wearing a black puffy jacket, an N95 style mask, grey and black sweatpants, black sandals, a black toque and safety glasses.

Anyone with information about this incident or the identity of the suspect is asked to call the police non-emergency number at 403-266-1234. Tips can also be submitted anonymously to Crime Stoppers through any of the following methods: