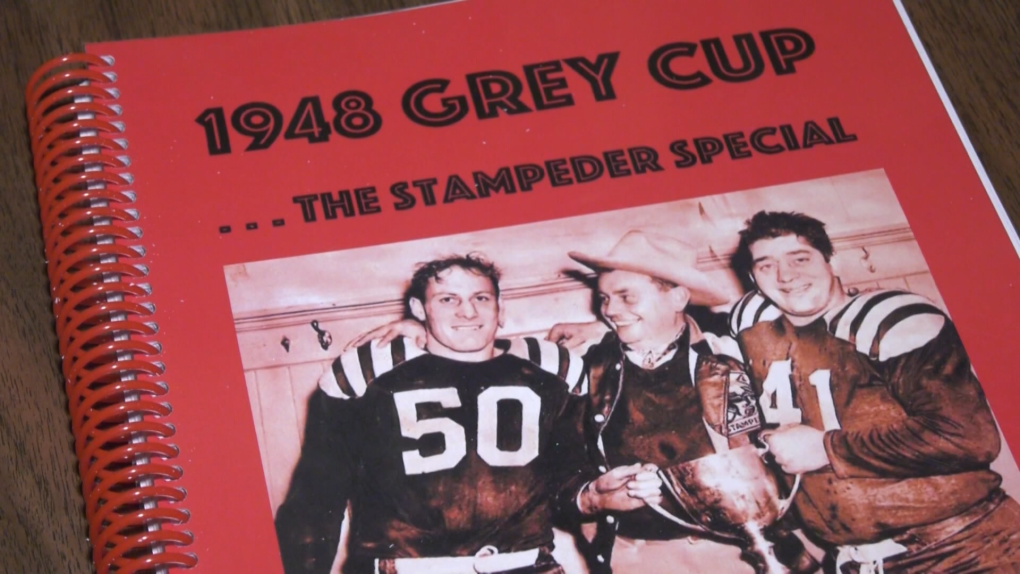 If you’ve ever wanted to learn more about the famous 1948 Grey Cup party that took place in Toronto, a new book by a Calgary author has the history.

‘1948 Grey Cup… The Stampeder Special’ was released Saturday at Nick’s Steak House, across from McMahon Stadium.

In 1948, the Stampeders won their first Grey Cup and also completed the CFL’s only perfect season to date.

The book looks back at that Grey Cup, when Calgary beat the Ottawa Rough Riders at Varsity Stadium, and turned the game into a massive party.

“It’s such a famous Grey Cup in league, Canadian and Calgary history,” said Daryl Slade, the author of the book. “It really was the start of what became a festival, now.

“It was always just a football game before that but Calgary fans all went down to Toronto with a dozen horses, chuck wagons, pancake breakfast griddles and… they just turned Toronto upside down.”

Since that year, the Grey Cup has become more than just a football game, the various events leading up to the game attract a multitude of fans.

“It’s actually one of the most famous Grey Cups in history because of what they did and what it’s become today,” said Slade. “People really got into the spirit of it and it’s just grown from that for the last 70 years.”

The book began with a scrapbook of photos and newspaper articles collected by people who were at the Grey Cup in 1948, according to Slade.