'This has always been the dream': Lethbridge’s Ty Penner signs contract with the Philadelphia Phillies

'This has always been the dream': Lethbridge’s Ty Penner signs contract with the Philadelphia Phillies 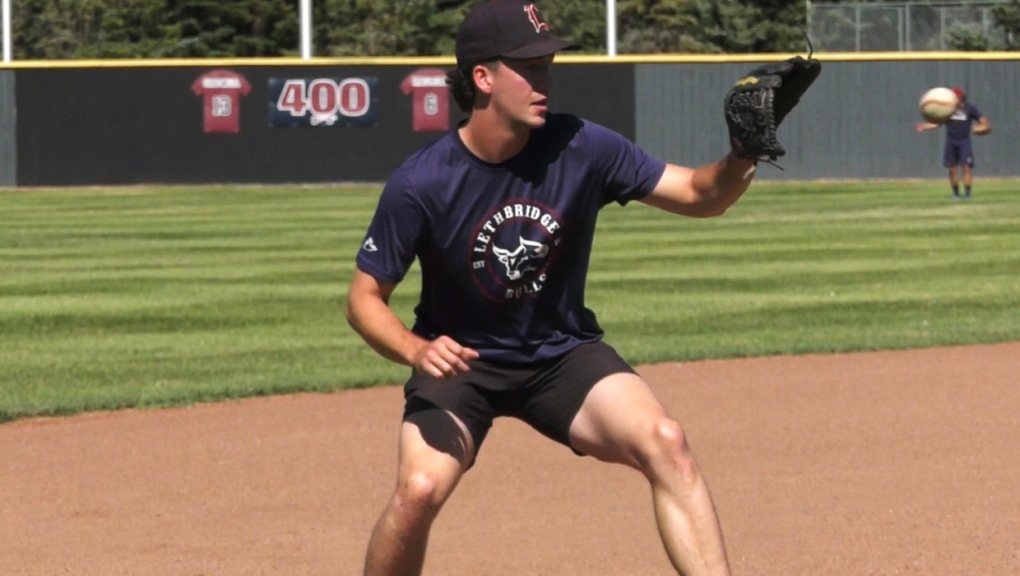 The MLB Draft ran from July 17th-19th and even though Penner didn't get drafted, there was plenty of interest from multiple teams as an undrafted free agent.
LETHBRIDGE, Alta. -

A Lethbridge native, 22-year-old Ty Penner, feels like he hit a grand slam after signing with the Philadelphia Phillies.

"I mean, growing up as a kid in Lethbridge, obviously this has always been the dream so it's really amazing for sure."

The MLB Draft ran from July 17th-19th and even though Penner didn't get drafted, there was plenty of interest from multiple teams in signing him as an undrafted free agent.

"It was a bit of rollercoaster because ten minutes after the draft I got a few calls from different teams, asking if I’d be interested signing as a free agent," he said.

"I went with the Phillies, obviously. I think they made an awesome offer for me and I think it's a great organization and that's all there is to it pretty much."

Being born and raised in Lethbridge, and playing the majority of his minor ball here, he says he’s grateful for everyone who helped him reach his dreams.

"I owe Lethbridge a lot, like it was really amazing to grow up in Lethbridge," he told local media.

"I had so many unbelievable coaches and mentors and everybody."

One of Penner’s mentors, Les McTavish, coached him during his time with the Vauxhall Jets and is a part-time scout for the Phillies.

McTavish says this couldn't have happened to a more deserving player.

"One big thing with Ty is he makes others around him better and, you know, certainly he has abilities and talent but he brings a lot to the table long after his abilities on the field," he told CTV News.

"It's a great day for the Phillies, but even a better day for Ty Penner and the Penner family."

This sentiment is one shared by the Lethbridge Bulls where Penner played an integral role in bringing home a championship last summer.

"He's a great hitter and a good athlete and that's great as well but Ty as a person, well, he's a very good person," said the Bulls head coach, Chance Wheatley.

Ty Penner has signed with the @Phillies!
Penner was a key player in our 2021 Championship and as a local kid, played his minor baseball in Lethbridge!

He might even be a special guest at Tomorrow Night's game..

Congratulations Ty, our program and city are proud of you! pic.twitter.com/WxG3tMgCbg

"He's always had that drive to be the best player he could be and such a great demeanor off the field as well, so polite and easy to get along with," added Kevin Kvame, GM and President for the Lethbridge Bulls.

"The Phillies got a great product coming up."

In addition to last summer’s championship season, Penner had an amazing year playing for the University of British Columbia Thunderbirds this past season.

Penner will soon be heading down to Florida for testing and training as well as to get set up with a minor league team.

However, he says Lethbridge will always be home.

"To be able to come back here for the rest of my life and to have that under my belt means the world to me and I’ll be proud to be from Lethbridge forever."

Penner was honoured at Wednesday night’s Lethbridge Bulls game as their special guest where the Bulls beat the Okotoks Dawgs 9-1.