CRANBROOK, B.C. -- Cranbrooks’ Armond Theatre has been boarded up for over two decades.

It first opened its doors in 1953 as the southern B.C. city’s main cinema and stayed that way for nearly 50 years.

It shut down in 2000 when Landmark Cinemas opened a multiplex theatre in town and has stayed closed ever since.

That could all be changing very soon now that three Cranbrook locals have purchased and started renovating the nearly 70-year-old building.

Ferdinand Belland, or Ferdy, a local musician and bassist for Bif Naked, has been trying to purchase the Armond since 2010, but to no avail until late 2019.

That’s when he was reached out to Spencer Kerr and Casey Wright who were also interested in buying and restoring the local landmark.

The three met, talked ideas and ended up pooling their resources to buy the Armond last January and have been working tirelessly since.

They all had one goal in mind – to reopen as a live music and arts venue.

“We just wanted to be part of the venue team,” said Belland. “We wanted to add ourselves as a glowing part of the western chunk of the Canadian music industry.”

The three partners thought this would not only be a great way to get Cranbrook on the Canadian touring stream, but also a chance to help save a piece of local history.

“We don’t want to see it needlessly demolished, we want to repurpose it,” Belland said. “We want to do our best to try and bring a bit of civic pride back into Cranbrook.”

Kerr, one of Belland’s partners, is excited about what this means for the future of the city’s youth.

“I want to see bands come back to Cranbrook – that is my vision. I want to see the local children, basically, grow and have a place to play even,” he said.

“Get the youth of Cranbrook in here as a place for them to go and get their art on.”

When asked about his thoughts on the future of the Armond, Wright said he’s excited about what it means when they finally get to open.

“I think this is going to be the place to be in Cranbrook, for sure. Everybody’s going to want to get out and dance and enjoy themselves, especially when the pandemic is over, and what better place than the Armond?”

As excited as they are, they said the community is even more excited about it and everyone has been offering up their services, according to Kerr.

“We’ve had people, all the way from lawyers down to carpenters basically say, I will come and help you at any time. The community wants this.”

He said they’ve even been offering up old pieces from the Armonds’ glory days including an old clock from the lobby and part of the original sign to use for decoration.

However, due to the pandemic, the process has been anything but quick as the three have been tackling the renovations on their own.

They’ve stripped parts of the theatre down to its studs and have had to get asbestos tickets to remove the harmful material from portions of the theatre. 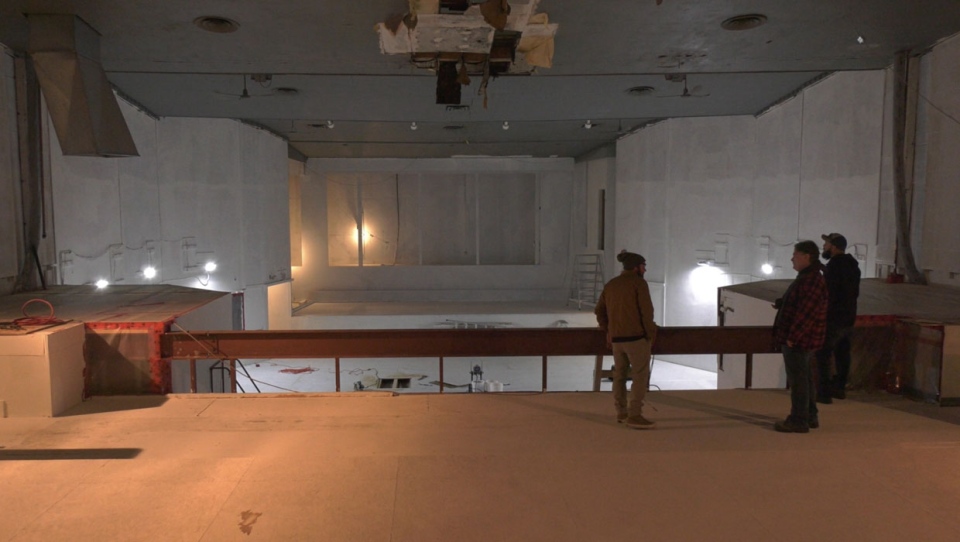 The expected cost is close to a million dollars, but that’s subject to change depending on speed bumps they encounter along the way.

The endgame is to have the Armond ready for open and to bring with it the feeling and aesthetic it gave off during its tenure as a movie theatre.

Belland hopes that once the pandemic is over, the Armond Theatre and live venues across the world, will rise like a phoenix from the ashes.

“Take a look a hundred years ago at what happened after (the First World War) ended, and then after the Spanish Flu ended. What happened?’ he asked. “The roaring twenties! Jazz, flappers, the Great Gatsby. You had a huge blasting wave of hedonistic euphoria and we’re going to have our own 21st century version of the roaring twenties and we would like the Armond Theatre to be a destination to help that spark up.”

Belland went on to say that they can’t wait for that day to come and for the Armond to become the music hotspot of southern B.C.