Tow plane and glider lost sight of each other in fatal crash, TSB says 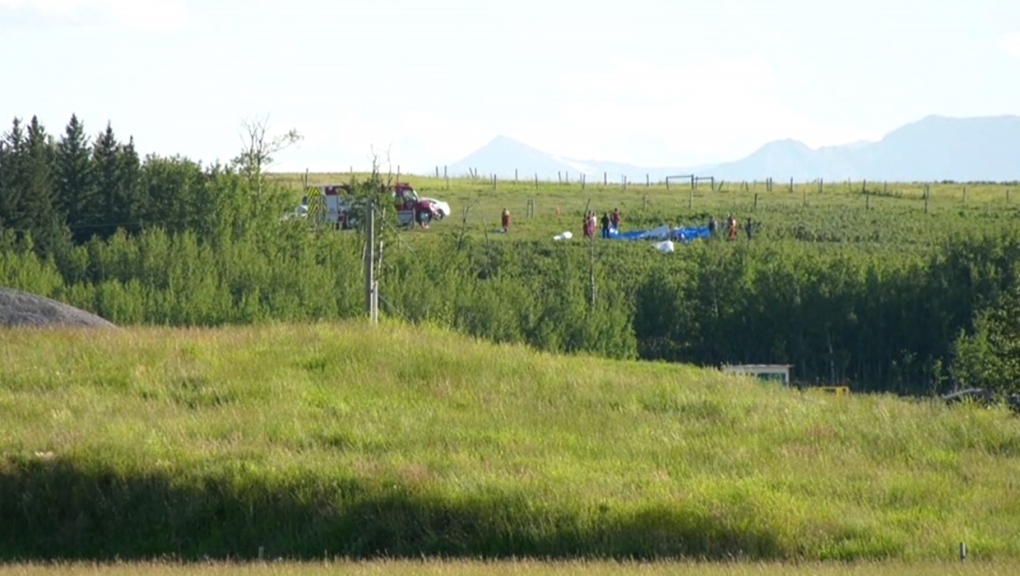 Student pilot Adam Leinweber and his instructor, Allan Wood, died when the plane towing their glider lost sight of them and the two planes collided mid-air in July 2019.

CALGARY -- An official report into a plane crash that killed two people in Black Diamond this past summer says the glider involved in the incident ran into the plane that was towing it.

The Transportation Safety Board (TSB) released the results of the investigation into the crash that took place east of the community on July 26, 2019.

Emergency crews at the scene said the glider collided with the tow plane shortly after the smaller craft was released in mid-air.

The TSB's investigation found the two planes were conducting a glider towing flight exercise and were engaging in a number of medium bank turns as part of the process.

When the two planes reached an approximate altitude of 6,100 feet above sea level during a medium bank turn, the glider released from the towline.

Typically, a glider pilot will release from a towline when both aircraft are in straight and level flight, but the TSB found that when the anticipated release point was reached, the glider had already been detached from the towline.

At this point, the tow plane pilot had lost sight of the glider and attempted to turn several times to attempt to find the glider. At no point did the tow pilot attempt to make contact with the glider via radio communication, the TSB says.

"At 1555, when the aircraft were 0.5 nautical miles (NM) southwest of the threshold of Runway 07 and at an altitude of approximately 6,075 feet ASL, the tow plane’s propeller struck the glider’s empennage. The time between the glider release and the collision was 34 seconds," the report reads. 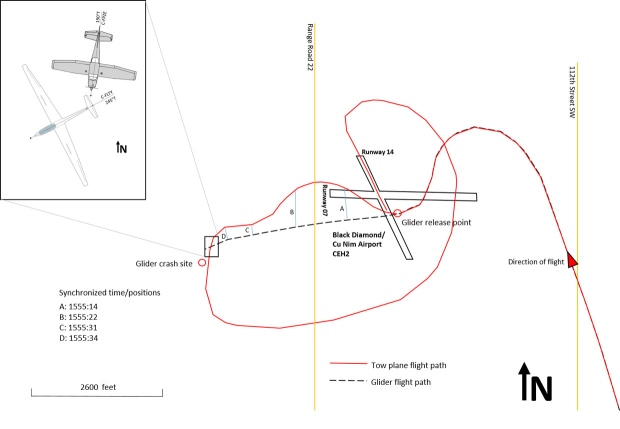 Figure 1. Overview of the tow plane and glider’s flight paths, with inset diagram showing the positions of the aircraft at the time of the collision (Source: TSB)

Following the collision, both the vertical and horizontal stabilizer were sheared off the glider, forcing the craft into a nose dive that the pilot could not recover from.

Both the student pilot, Adam Leinweber, and instructor, Allan Wood, were killed in the crash.

The TSB says there were no procedures to follow if visual contact is lost after a tow is released. It says operators must have those procedures in place for the safe operation of aircraft.

It also said both aircraft were equipped with a FLARM airborne collision avoidance system (ACAS), an instrument that warns pilots about potential collisions with surrounding aircraft. There was no requirement for either plane to have a system like this installed, but the core system on the tow plane was not functioning.

As a result, the portable system on the glider would not have received any traffic information about the tow plane.

The agency also adds an ACAS can also significantly reduce the risk of mid-air collisions. If an aircraft is equipped with such a system, it is important it is maintained and in good condition.