The trial of a 24-year-old Calgary man accused in the worst mass murder in the city’s history is scheduled to begin Monday.

Matthew de Grood faces charges in connection with the stabbing deaths of five young people during a 2014 house party in the northwest community of Brentwood.

On April 15, 2014, a party was held at a home on Butler Crescent Northwest celebrating the end of the school year. The festivities turned tragic with the discovery of the untimely deaths of five party goers.

The deceased have been identified as:

De Grood, an invited party guest, was tracked by the CPS K9 unit and arrested a short distance from the home. He faces five counts of first degree murder in connection with the slayings.

In the day’s following the arrest of the accused, de Grood’s devastated father, a Calgary Police Service veteran, addressed the media.

“We hope someday we will have answers why this happened,” said Doug de Grood. “It won’t bring the victims back but we would give anything to do just that.

Neil Wiberg, an Edmonton based Crown prosecutor, has been handling the case and an out-of-town judge will preside over the hearing without a jury. De Grood will be represented by defence lawyer Allan Fay.

Michael Nesbitt, a University of Calgary professor of criminal law, says the decision to bring in a judge from outside of Calgary removes any potential for bias as Doug de Grood is well known in Calgary court rooms.

“This is a very important case, a big case,” explained Nesbitt. “There is a lot riding on it for all parties involved. The justice system wants to ensure absolute fairness, neutrality, between the parties, the Crown, the defence.”

“That’s what they’re trying to achieve by having an out-of-town judge and prosecutor.”

Nesbitt expects a number of topics will arise throughout the trial including Matthew de Grood’s mental capacity.

“You don’t want to speculate but this is a young man with no violent history in the past. (It’s) a seemingly senseless act,” said Nebitt. “In a not criminally responsible defence, the defence will say the accused didn’t have the capacity to understand what they call innature, or the capacity, of the act. Essentially to say they didn’t understand both what they were doing and the result or the outcome of what they were doing.”

Nesbitt says should de Grood be deemed not criminally responsible, he would likely be hospitalized instead of incarcerated.

Psychiatrists have determined de Grood is fit to stand trial but he could still be found not criminally responsible for the five deaths. Medical reports on de Grood’s mental state remain sealed.

The trial is scheduled to last for two weeks but lawyers expect the proceedings will wrap sooner.

With files from CTV’s Ina Sidhu. 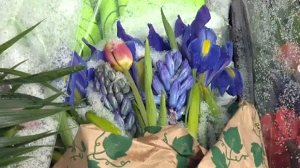 Tributes to the victims of Brentwood homicide