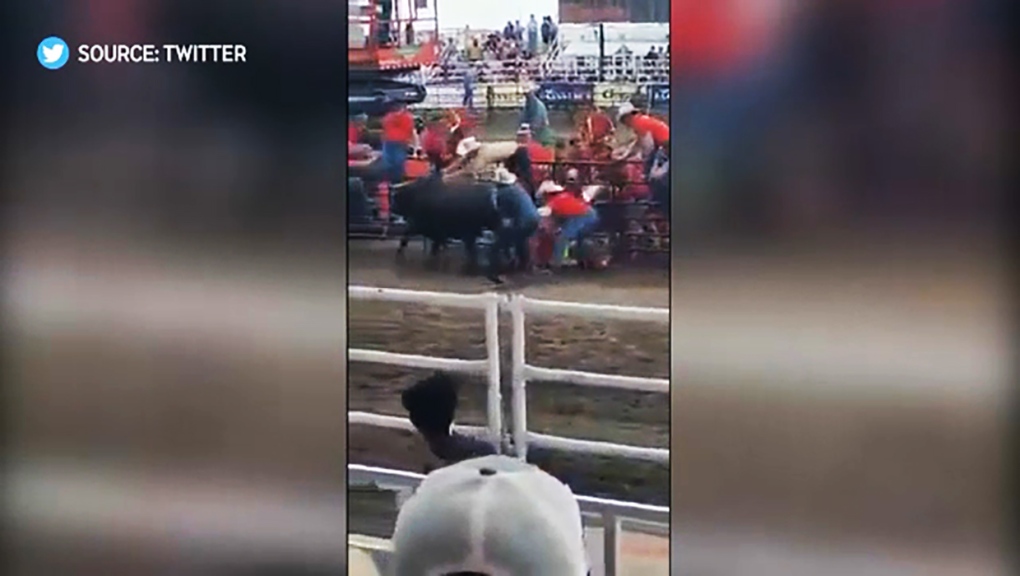 UCP leadership candidate Leela Aheer (right, in red shirt , white hat and jeans) helps rescue someone who got charged by a bull at the Strathmore Rodeo Saturday night

That was because a bull charged a participant during the Running of the Bulls on Saturday.

One of the bulls was running the fence, before charging and flipping one of the participants.

Aheer, fittingly wearing a white hat, along with a red shirt and blue jeans, was one of the first to jump into the ring in order to intervene – she was part of the crew that pushed the bull away from the person.

There was no word on the condition of the individual who got knocked down by the bull.

The Running of the Bulls event at the Strathmore Stampede has been a tradition since 2003.