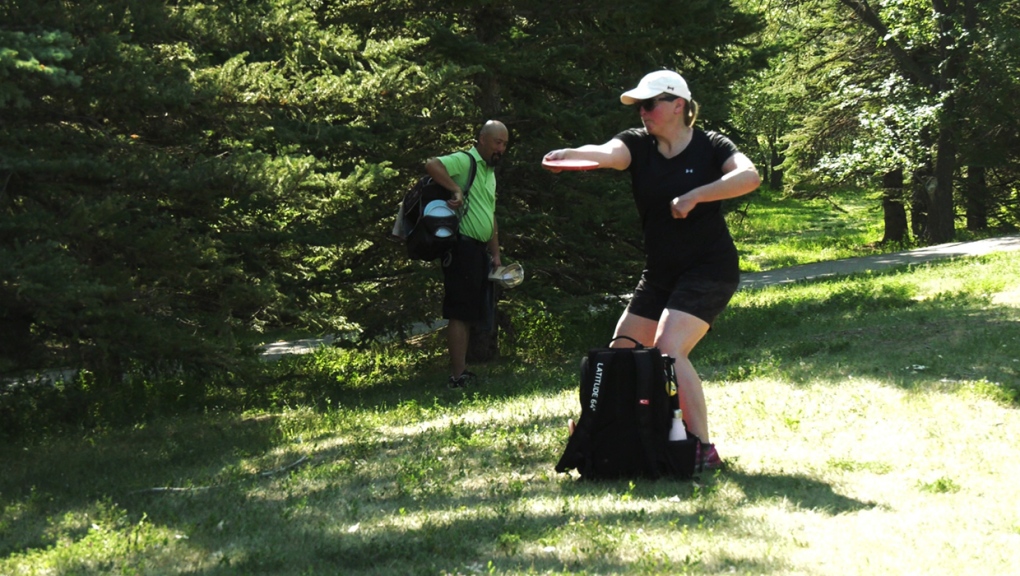 The new 18 hole course cuts through campus green space and offers views of the lake on campus.

LETHBRIDGE, ALTA. -- After years of planning, the disc golf course on the University of Lethbridge campus has officially opened.

The course has been playable since the spring but only just officially opened with the addition of tee pads and hole markers.

The new 18 hole course cuts through campus green space and offers views of the lake on campus.

Bill Halma, the director of Pronghorns Recreation, said that he’s pleasantly surprised by the number of people using the course.

“I think it's probably used even more than I expected. If you come out here on a day like today there's always someone out here early in the morning.”

Halma said that the course has been in development for roughly two years but the idea dates back a lot longer than that.

“It did get stalled back about 10 years ago and a fellow by the name of Mike Wolf approached me sort of during the COVID times," Halma said. "We started talking about it actually two years ago but we put a lot of effort into it last summer.”

Since its opening disc golfers of all ages and skill levels have flocked to the new course.

Local teacher and disc golf enthusiast Jeff Hawken is one of those who has already enjoyed the course.

“I think it's a great course," Hawken said. "It's awesome for the students. I was a student here 20 years ago so it would've been nice if they had it then!”

The Lethbridge Disc Golf Association will be staging a tournament there August 27th in which anyone can enter.

While many advanced disc golfers will be showing up to the course it will also provide an opportunity to novice players to try out the sport.

Hawken said “Any stage, any wage, any age you can play this game. I teach my kindergarten kids how to play, I teach my grade sixes (too).”