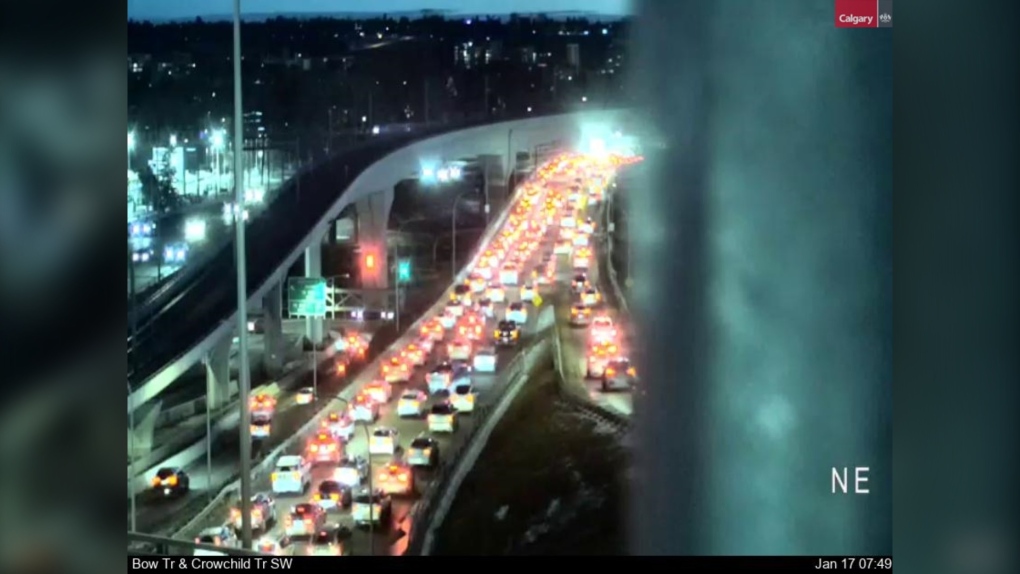 A line of eastbound vehicles on Bow Trail near the Crowchild Trail interchange Monday morning as Ninth Avenue S.W. was reduced to a single lane due to a water main break repair. (City of Calgary)

An early morning water main break along one of the main arteries into Calgary's downtown core caused significant delays during the morning commute.

City officials confirmed just before 6 a.m. that Ninth Avenue S.W. had been reduced from four eastbound lanes to a single lane near 16th Street S.W. in Sunalta on the western edge of downtown.

Crews were on scene attempting to repair the break. An estimated time for the reopening of some or all of the closed lanes has not been released.

Alert: 9 Avenue S.W. is down to one lane at 16 Street S.W. due to a watermain break. Motorists should expect delays this morning. #yyctraffic

A day after Maple Leafs star Mitch Marner was robbed of his Range Rover at gunpoint outside an Etobicoke movie theatre, Toronto police said they have already seen more carjackings so far this year than they did in all of 2021.