Heading west to the Seebe Dam area for a day along the river could take a big bite out of your wallet.

Cliff jumping in the area is a popular pastime with adventure seekers, but the cliffs along the Bow River downstream of the Seebe Dam are on Stoney Nakoda land. Getting there requires trespassing on either CP rail lines, or Transalta roads and land. Once there, the land is off limits to anyone but Stoney Nakoda First Nation members. The area has drawn growing crowds over the past few summers and the nation wants it to stop.

“Upwards of 100 people at a time can be out here. Just totally against the law anyway, they're not permitted to be here, they're trespassers," said John Slater, Stoney Nakoda's security manager. “We're fed up with it. We've had enough. We don't want you here.”

Increased enforcement and heftier fines are being introduced to prevent trespassing on the First Nation land or on roads, paths and train tracks that people use to access the area. Fines start at $600.

“In 2018, 2019 there was a lot of education done in the area to try and get people to stay away. But it just didn't work, obviously with the drowning last year and the amount of trespassers has increased tenfold," said Constable Nick Hookenson of the CP Police. “So it's basically an enforcement area now for that $600 at a minimum.”

New signs in the area clearly mark that anyone there is trespassing. CTV attended the area Wednesday accompanied by emergency services, and counted a total of 18 no trespassing signs n the 1.3 kilometre walk from the Seebee parking lot to the Bow River. RCMP says there is no reason for anyone to say they were unaware of the rules. 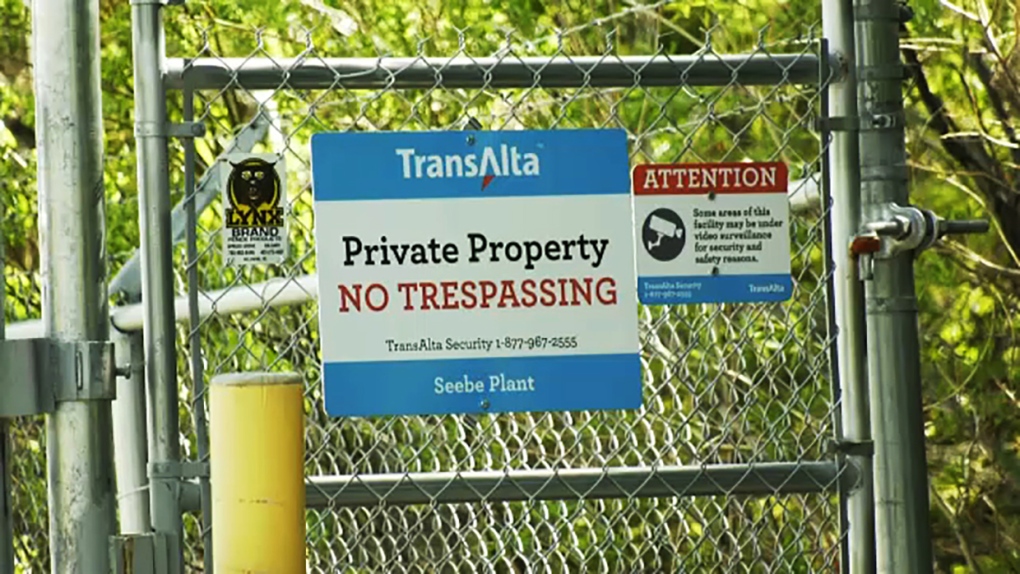 Litter was strewn around the tops of the cliffs where jumpers often launch. Nearby, rocks were smeared with graffiti, some promoting various Instagram and Twitter handles.

Emergency crews said the quest for a good selfie is driving too many people to put themselves at risk.

“The water's real cold. Who knows what's underneath? It's dirty. You know, you can't see if there's a rock or anything," said Rick Lyster director of emergency management for the MD of Bighorn.“People have injured themselves when they hit something under the water. It's usually classified as a drowning.”

In August 2020, 16-year-old Blessing Paul of Calgary was found dead several days after being swept away by the river.

In July 2014, two men died downstream of the dam while attempting to swim across the river to the unsanctioned cliff jumping site.