Dalia Kafi's friends and family remember her as someone who used to light up a room and who loved social gatherings.

"To me, personally, she's been so helpful. To the rest of her siblings, she's been a sister that everyone can want."

But Bearina says Dalia wasn't the same after she was assaulted by a Calgary Police officer in 2017.

A video released during the assault trial for Cst. Alex Dunn shows him throwing Kafi face-first to the ground as her hands were behind her back in handcuffs. Her head bounces off the floor and Kafi is seen bleeding in the video. During the trial, her lawyer said she needed surgery for a broken nose and received stitches on her lip.

* Warning: Video and details in this story may be upsetting to some.

"I think the effect of that injury to her... it affected her," Bearina said.

"It's not that she expressed what she was feeling, but we can see from her behaviour -- she changed how she used to be," she said.

Dunn was given a 30-day conditional sentence with no jail time in June of this year. 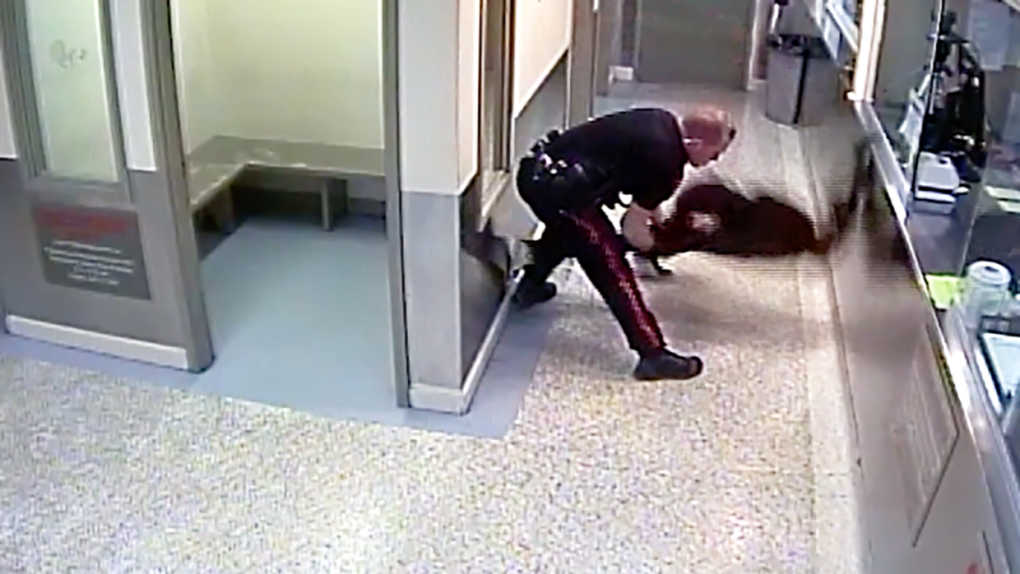 Dalia Kafi being assaulted by CPS officer in 2017

Kafi died suddenly in Red Deer, days before the constable's sentence was handed down. Her friends and family say they are still trying to make sense of her death.

"Up to now, we don't know exactly what happened to Dalia," said Natale Nganzi, a family friend. "It is really shocking and devastating," he said.

A viewing and funeral for Kafi is being held in Edmonton this weekend.

"There's no easy way to describe how we felt or how we're feeling until now. Still, we haven't accepted this," Bearina said.

OFFICER ON LEAVE WITHOUT PAY

The family also hasn't accepted the sentence for Dunn, which they say is far too lenient.

Dunn has been suspended by the Calgary Police Service (CPS) without pay and the service says he's not in possession of his CPS issued gun, use of force equipment or his badge.

"The assault on Dalia by Constable Alex Dunn has been, and continues to be, taken seriously by our Service. It was reported internally and investigated thoroughly," reads a statement from CPS to CTV News.

"Constable Dunn’s conviction and sentencing is certainly not the end of this case. There is a potential for the sentence or conviction to be appealed, but once the criminal court process is complete, we will engage our internal disciplinary process."

Dunn is also the subject of an internal CPS investigation for an unrelated incident that happened in 2012.

The conditional sentence given to Dunn for assault, and her sudden death days before, came as back-to-back blows the family is still trying to deal with.

Saskatchewan Premier Scott Moe has announced a temporary indoor masking mandate that will come into force on Friday followed by a proof-of-vaccination policy. It's a move that comes after growing calls from residents in the province to install more measures.

Vaccine mandate protesters' use of Nazi imagery and comparisons to the Holocaust is angering Jewish organizations.

Alberta's new restrictions came into effect at midnight. Here's what you need to know

Albertans woke up Thursday to new restrictions implemented by the province to slow the spread of COVID-19.

A question at the English-language federal leaders' debate last week has become a major issue in Quebec, boosting the Bloc Quebecois in the polls and drawing criticism from Quebec politicians, federal party leaders and the province's media.

With less then a week until election day, former U.S. president Barack Obama has waded into the fray to bolster the campaign of Liberal Leader Justin Trudeau.