Zane Lambert is one of the top bull riders in the world.  The amiable cowboy, who now resides in Ponoka, Alberta is a two-time PBR Canada Champ.

Lambert won the titles in 2013 and 2017 and said he's due for another one - maybe even the Pendleton Whiskey Classic, which kicks off this weekend in Calgary.

"Yeah like I got it in 2013, I won my title there and then I almost went stale," Lambert said.

"I went almost five years, I was still in the top 10 but didn't really have a shot at it in those years."

"So here we are about five years later so I guess I need another one," he said, laughing.

Lambert is on a roll heading into Calgary for the Pendleton Whisky Classic which will take place at the Nutrien Western Event Centre at Stampede park.

Last weekend Lambert climbed to within 23.66 points of leader Dakota Butter in the PBR Canada standings after his win in Medicine Hat. 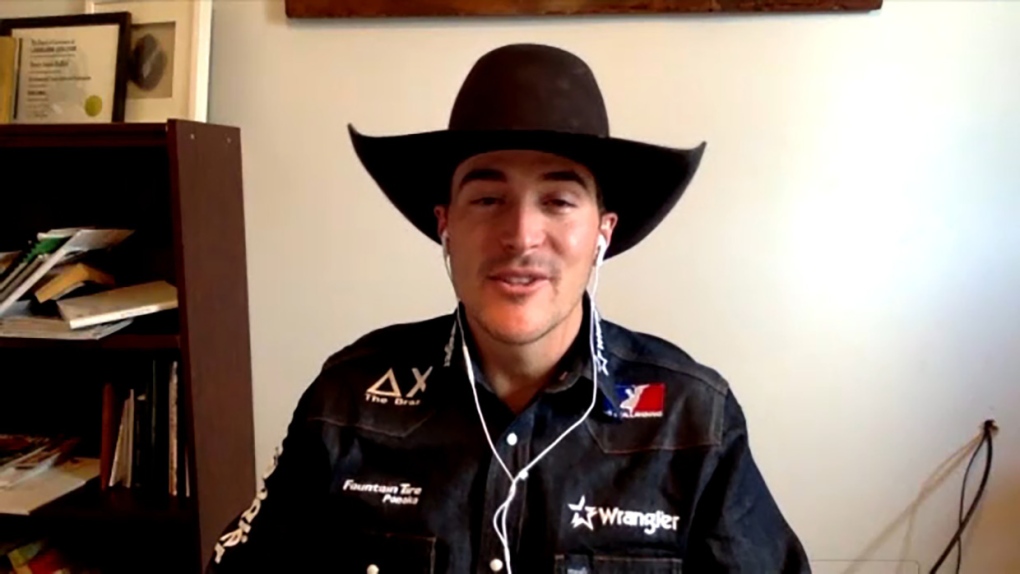 "Everything is set up perfectly for us to come in here and ride safe, I like doing that," Lambert told CTV.

"As well Calgary itself. The friends and family that are here and the amount of events that are held here."

"The fans are awesome, they know rodeo and they know bull riding," he added.  "They also know who I am so that's kind of cool."

"I love coming back here."

The bull riders are the only stars of the show when they get into the arena.  They wouldn't be able to perform like they do without great bulls and Alberta has some of the best bovine athletes the world.

Proof of that is the fact that four Alberta bulls are heading to Las Vegas In November for the World Finals.

Happy Camper and Catch My Drift from two bit bucking bulls out of Magrath got the nod and so did Hard Not To Get and Uncle Kranky out of Vold Rodeo in Ponoka.

Lambert says they're all great bulls.

"I've been to the States and I've been to Australia, I've been all over the place and Canada per capita has a really good set of bulls.  We have some of the best contractors up here," the 35 year old said.

"In Alberta we have some of the best and you said four of them are gong to the world finals that are raised right here in Canada.  They're not bough anywhere we raise and sell a lot of our bulls and they go down and compete on the elite tour."

The bucking gets underway for Pendleton Whisky Classic at 7 p.m. on Saturday night.