Officials say a driver has died after a serious crash early Saturday morning in southwest Calgary.

EMS told CTV News that paramedics responded to the scene, near 17 Avenue and 85 Street S.W., at approximately 4:20 a.m.

When they arrived, they found a single vehicle involved in the incident.

The driver, a man who was approximately 45 years old, was pronounced dead at the scene. 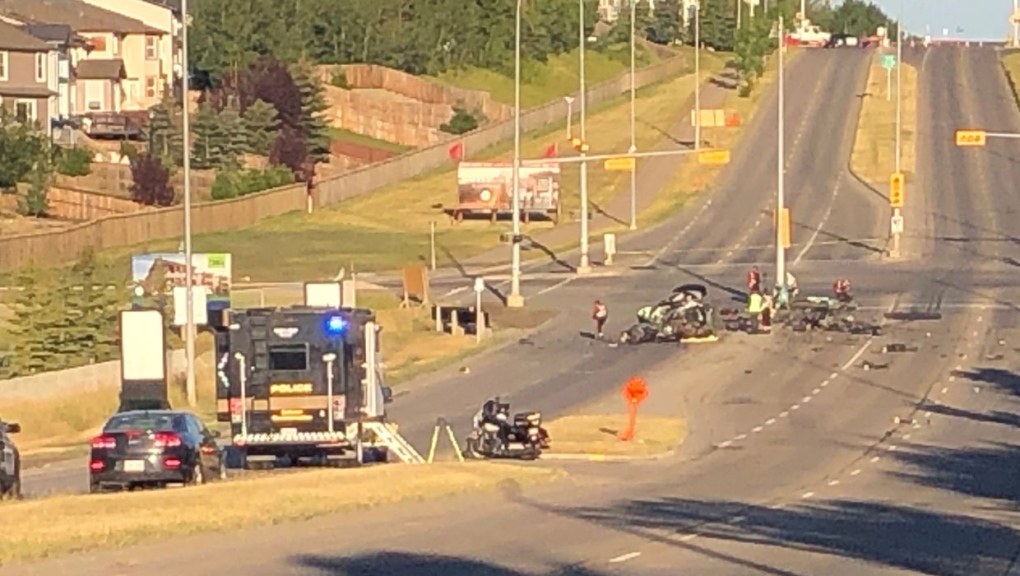 Calgary police say the intersection is closed for the investigation.

Please note that 17 Avenue S.W., between Aspen Summit Drive and St Moritz Drive, as well as 85 Street S.W., between 19 Avenue and Aspen Stone Boulevard, remain closed while we investigate a fatal collision.

Please use an alternate route and avoid the area if possible. #yyc

Officials told CTV News on Saturday that the crash involved an SUV that was speeding along 17 Avenue when it struck a lamppost at 85 Street S.W.

"As a result of that collision, the driver is deceased," said Sgt. Colin Foster with the CPS traffic unit.

Foster says they are now looking to speak with any witnesses to the crash to see if there was anything else that could help them determine what happened.

"The damage to the vehicle is catastrophic," he said. "We do have a couple of witnesses who were at the scene at the time who have helped us with what they saw but it's the things that happened prior to him coming to this location that will really help us piece together what happened today."

A U.S. court has sentenced a Canadian man to 20 years in prison for his role in a number of cyberattacks involving the ransomware NetWalker.

Alberta’s governing United Conservative Party is scheduled pick the province’s new premier Thursday, and political observers say its next step should be getting back on the same page as the rest of the province.

'Unheard of': Tens of thousands of salmon found dead in B.C. creek as drought conditions persist

B.C.'s sunny, dry weather is leading to major drought conditions in parts of the province, causing devastating impacts for some wildlife.