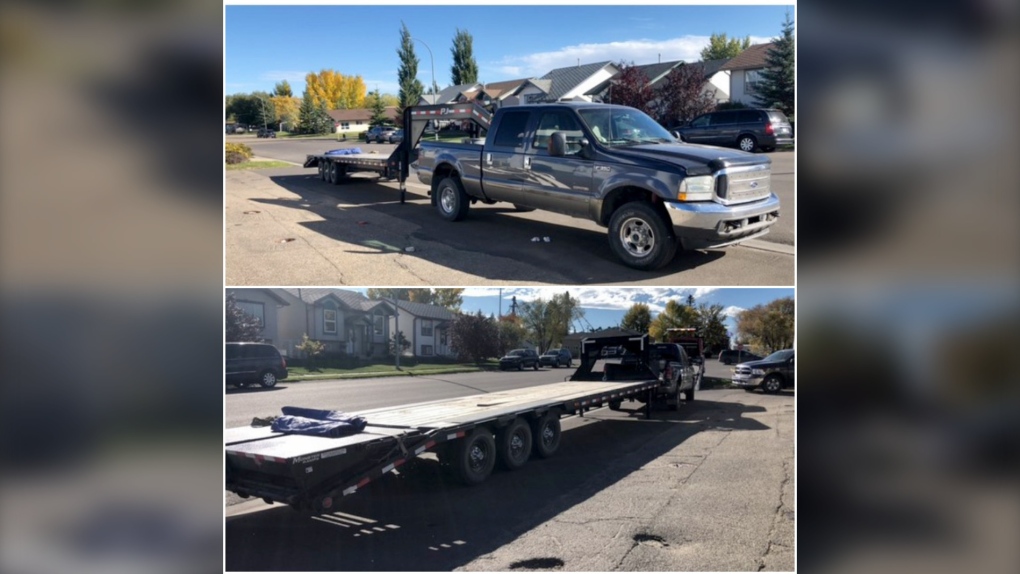 After spotting a stolen trailer, Innisfail RCMP arrested two men and recovered more than $100,000 worth of tools, which investigators are now working to return to the rightful owners.

Members of the Southern Alberta District Crime Reduction Team (SADCRT) and Innisfail RCMP spotted a pickup truck hauling a flat deck trailer on Sept. 24 and a check showed the trailer, worth about $20,000, had been reported stolen from Sylvan Lake.

Police followed the truck until it pulled into a gas station in Penhold, about 130 kilometres north of Calgary.

"RCMP entered the gas station and placed the driver under arrest.  The suspect then attempted to flee by running out of the store, however was apprehended a short distance away," police said in a release.

"A second suspect, a passenger in the pick-up was arrested with out incident."

An investigation found the truck, a Ford F350, was stolen out of Penhold, along with hydraulic fittings and a converted utility trailer containing unique tools worth $100,000.00 that was stolen out of Innisfail. Police also recovered qauntities of cocaine, fentanyl and crystal meth.

Clark also had three outstanding arrest warrants for a total of eight charges; six counts of failing to comply with release order, failing to stop for a peace officer and driving a vehicle while unauthorized.

Trevor Taylor, 42, of Lacombe, is charged with:

Both are scheduled to appear in a Red Deer courtroom on Oct. 22.

Clark was remanded into custody following a bail hearing and Taylor has been released on a promise to pay.

Anyone with information, or who wants to claim the tools, should contact their local RCMP detachment or call Crime Stoppers at 1-800-222-8477.