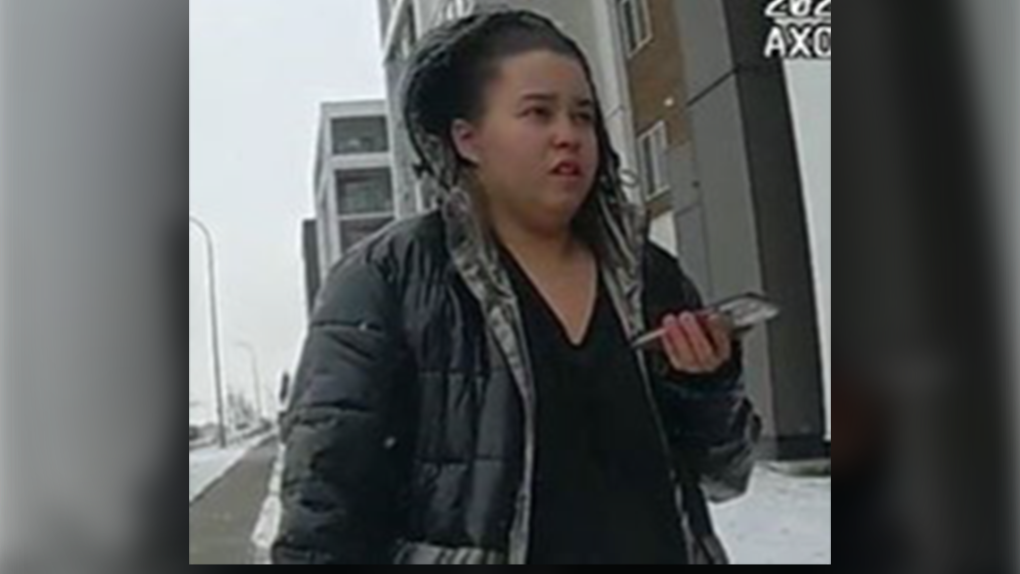 Arrest warrants have been issued for Makayla Mentis, 24, in connection with an investigation into a scam targeting Calgary seniors. (CPS)

The Calgary Police Service confirms two people have been charged and an arrest warrant has been issued for a third after elderly Calgarians were swindled in recent weeks.

Beginning in early December, police received reports of seniors receiving phone calls from people claiming to be their grandchildren. The caller would say they had been arrested before a second person impersonating an officer stated that, due to the pandemic, a courier would be stopping by to collect cash for bail.

Police confirm several victims handed cash to a woman who visited their home following the call.

As a result of the investigation, officers searched a downtown apartment, two store units and two vehicles on Jan. 5.

Belcourt was charged with fraud over $5,000 and possession of property obtained by crime.

An arrest warrant has been issued for 24-year-old Makayla Mentis, who allegedly collected cash from the seniors, in connection with the investigation.

Investigators are also attempting to identify another woman who collected cash from victims. She is believed to be between 20 and 25 years old. Police have released surveillance images of the unknown woman.

Anyone with information regarding Mentis' whereabouts or the identity of the unknown woman is asked to contact the CPS non-emergency line at 403-266-1234 or anonymous tips may be submitted to Crime Stoppers.

For tips aimed to prevent seniors from being the victims of fraud, visit Scams and Fraud Targeted at Seniors.

A suspect already in handcuffs has allegedly managed to overpower a Toronto police officer and steal their SUV, sending police on a wild early morning chase.